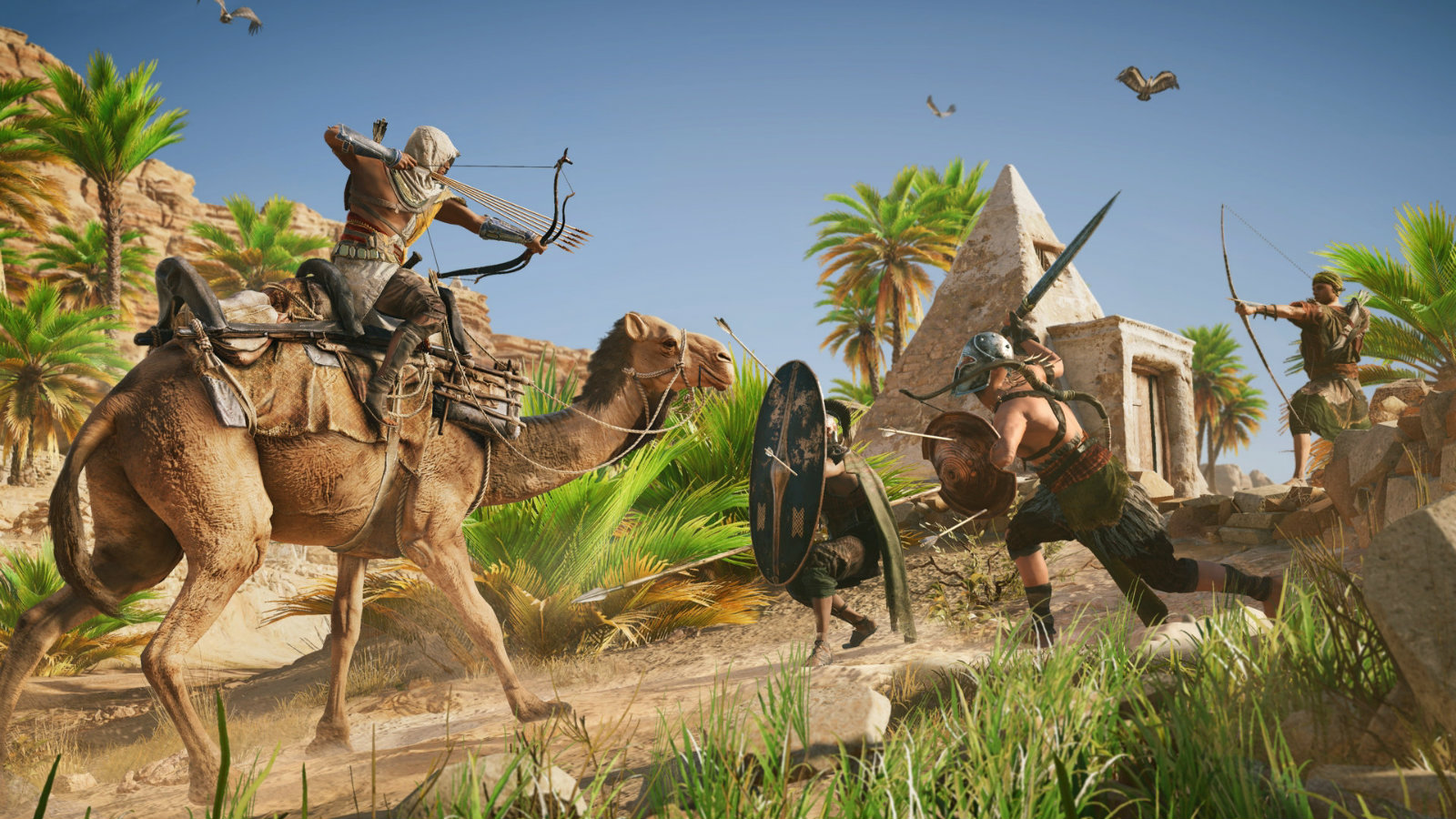 Topping Egypt-related in the foreign press over the weekend was the release of the highly anticipated Assassin’s Creed Origins game which is set in Egypt. Reviews for the game appear to be favorable, with IGN.com rating it a 9/10, while other outlets are noting the historical accuracy of the game.

Coming in at a close second are wire pickups of a shootout between Egyptian security forces and militants in the Western Desert which led to 13 militants killed.

“So You Can Build It” hopes to bolster El Sisi’s popularity ahead of elections: With President Abdel Fattah El Sisi yet to announce a run for reelection next year, Reuters zeroes in on the “So You Can Build It” campaign which aims to bolster his popularity ahead of the elections. The campaign, which is made up of leading industry and academic figures as well as and pop culture icons, is hoping to lend legitimacy to El Sisi’s expected reelection bid in the absence of any formidable opposition, the newswire says in the report.

Price caps on private sector are a means to curb costs on universal healthcare: Imposing price caps on private-sector healthcare providers appears to be a means to limit expenditures on the new healthcare plan set out by the Universal Healthcare Act, argues Joseph El Cassabgui for the Huffpost. “Dozens of professional syndicates have voiced their opposition to the bill, fearing that the new bill, by allowing private companies to negotiate with the government, will push up healthcare costs,” he writes.

Coverage of the crackdown on the LGBTQ community in Egypt continued in the international media going into the weekend. Vice’s Mike Miksche writes about how dating apps are now working actively to protect their users. “We are being hunted,” a member of the community tells Bel Trew in a piece she wrote for The Daily Beast, in which the Egyptian Initiative for Personal Rights says the current crackdown includes the “highest number of arrests ever recorded in Egypt.” Rolling Stone gets the perspective of the band, Mashrou’ Leila, whose concert saw the rainbow flag raising incident that sparked the crackdown.

Also worth noting in brief: