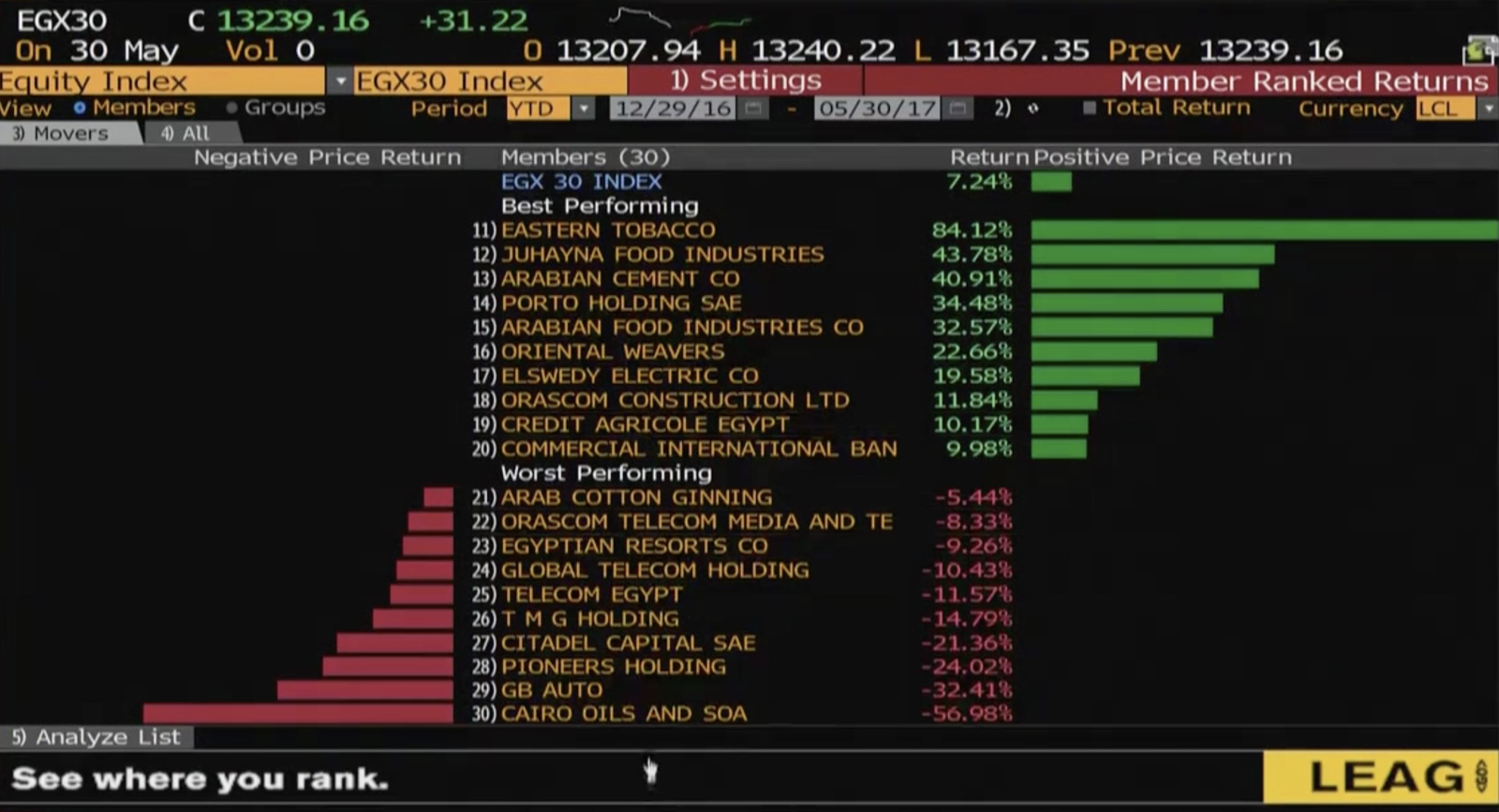 Why didn’t the EGP move against the USD after a 200 bps rate hike? Gamal El-Din was bothered that “inflows have touched a record high with investors taking advantage of low USD-based valuations … but we haven’t seen movement in the currency after the 200 bps interest rate hike. This is not a normal reaction from a currency.” While acknowledging there was pressure from the IMF to curb inflation with a rate hike, Badr says he thinks “the real reason the central bank did it is to get the inflows you’re talking about — we’re talking about the carry trade. If you look at it since the rate hike, we’ve had about USD 1 bn into treasury bills. What the CBE was after was the hot money. And for the hot money to keep coming in, you need the rates to remain attractive, you need the EGP to remain [affordable]. And if you look at the overall economy, a 2% rate hike in an economy in which less than 10% of households have bank accounts is not going to affect the EGP much. And I think there are still a lot of other things [in play]: Tourism is still coming back, there’s still a lot of demand for USD, so that’s why it’s all balancing out.”

Badr likes consumer stocks, banks: “Investors are still looking at consumer stocks … they’re looking beyond the adjustment period in 2017 because at the end of the day, the EGP is very cheap. … And banks, of course. If you’re betting on an economy to recover, then banks are going to be the first place you’re going to look.”

Gamal El-Din seemed certain that remittances — a “huge part” of Egypt’s currentaccount — are being hurt by low oil prices. Badr explained that, “Actually, if you look at remittances in Egypt, they haven’t dropped at all. They’ve been very stable and they will always be a fundamental part of supporting the current account.”

But what about inflation? “Are they on top of it or not? Because it doesn’t look like it,”asks Gamal El-Din. “The answer is ‘Yes.’ We’ve seen it coming down. The people who have argued the rate hike and seen that it’s about inflation argued that it’s actually a bit late, because inflation has already started to come down [month-on-month]. It was a positive surprise,” Badr said.

You can watch Badr’s comments on Egypt herestarting at about 34:58. Or back up to 31:00 for his remarks on Saudi Arabia’s Tadawul, where Badr argues that: (a) The economic reforms program has yet to filter through to the economy, so investors remain cautious and (b) The MSCI upgrade will happen in 2019 at the earliest, so “we’re seeing foreigners slowly trying to chip into stocks that are expected to be heavyweights in a potential MSCI inclusion” but it’s far “too early to say the market is pricing that inclusion in.