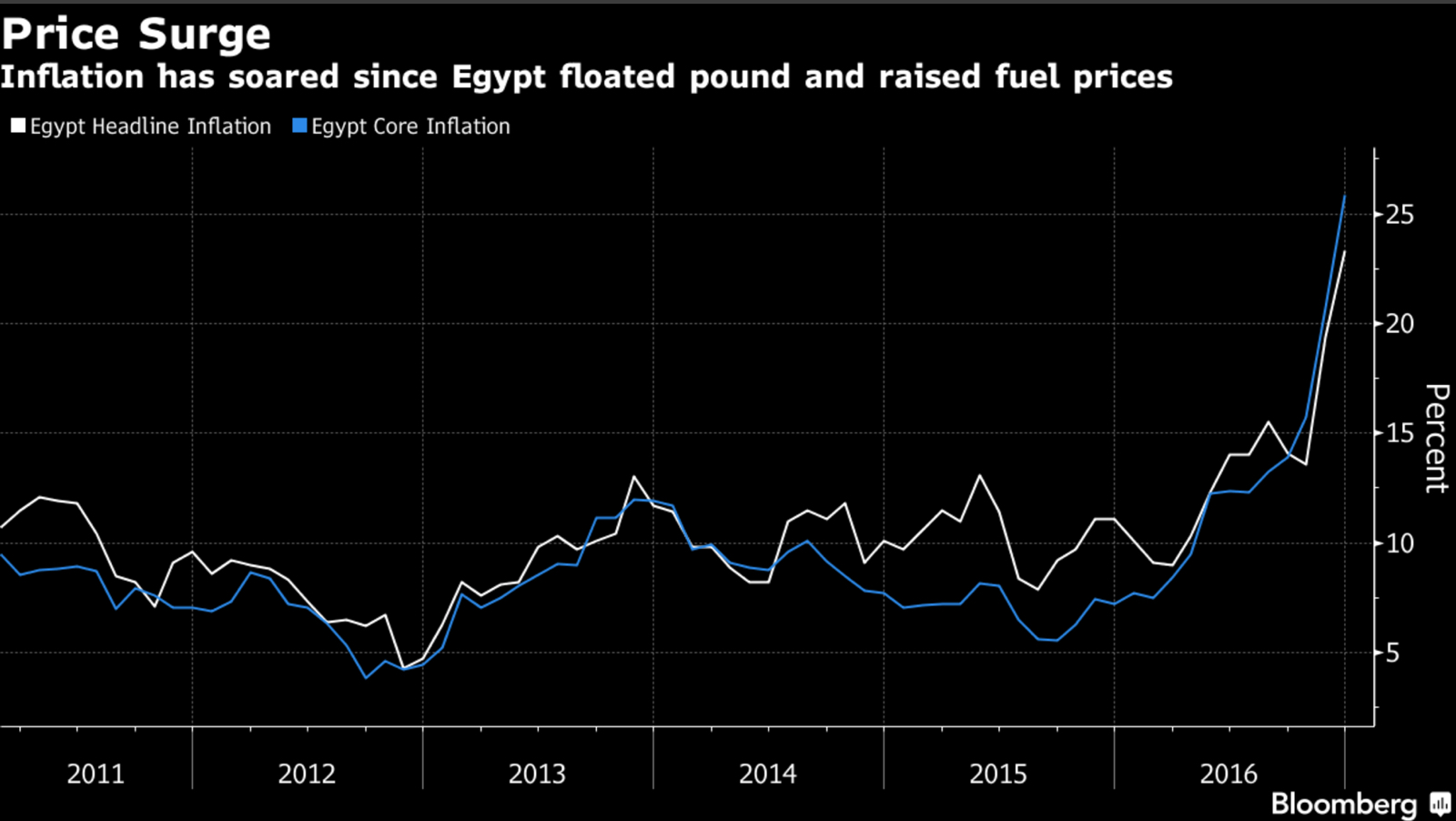 Bloomberg’s morning show is loving Egypt — and thinks the market is still trading at a (slight) discount to global emerging markets. Reporter Filipe Pacheco tells morning show host Yousef Gamal El-Din that a combination of solid earnings and strong macro data have fueled the bourse this week — remittances from Egyptians living abroad and general inflows into the economy are all up. “Egyptians are putting their money back into Egypt.” But are stocks still cheap? Says Pacheco: “Despite the fact that the main index rose around 54% since the devaluation in November, it’s still trading at about 26% cheaper than its pre-float value. And we can also say that the measure for the index, the average for the EGX30, is trading at about 11.8x expected earnings, and that’s still lower than 12.14x for emerging market stocks. It’s still cheap to buy Egyptian stocks — for how long that will last it’s hard to tell.” (Watch, runtime: 2:43)

Enter Egypt-based Bloomberg reporters Ahmed Feteha and Ahmed Namatalla with a great chart-based piece that looks at “key financial and economic changes over three eventful months,” including bonds (foreign appetite is back), equities (we’re 41% cheaper in USD terms), currency (have we bottomed out?), loans and aid (we’re on a borrowing spree), inflation (God help us…), and business activity (shoot us now).

Descalzi’s corruption charge is big for Descalzi, but not for Zohr. Eni chief Claudio Descalzi has been ordered to stand trial alongside 10 other people on allegations of corruption that have dogged Eni’s USD 1.3 bn purchase of a Nigerian exploration license back in 2011. Eni and Royal Dutch Shell (with whom Eni owns the license) have also been charged as companies. It’s not great news for Descalzi, who was hoping to be reappointed CEO when his term expires later this year, but it is unlikely to mean anything for Zohr, a non-controversial project within Eni, from our understanding, that has already netted the company returns from the sale of stakes to Rosneft and BP. Eni’s board has confirmed its “total confidence” in the CEO, the English edition of Il Sole 24 Ore reports. A statement from the board of the state-owned company reads in part: “Claudio Descalzi, was not involved in any way in the conduct under investigation. [The board] maintains their utmost support for him as CEO.” More in the Financial Times and Reuters.