Emerging markets are reeling from the Trump Slump, but Egypt? Not so much.

If you’re in most any emerging market, you’re not loving Donald Trump at the moment —unless your EM is Egypt. Capping a week in which EM across the globe slumped and politicians tore their hair out, Egypt came out smelling of roses: From politicians to markets, our nation loves The Donald, and we’re so far proven immune (thanks to the Ismail government’s closing of the USD 12 bn IMF bailout) to the “Trump Slump” that’s swept global emerging markets.

EM have tanked since the election of Donald Trump, with MSCI Emerging Markets Index down 6.1% since Trump got the nod. In, fact, the past week or so has been the worst period for EM since the China-induced sell-off in August 2015, according to a recent note by the International Institute of Finance (pdf). CNBC adds that last week could have been the worst for EM since the “taper tantrum” during the second quarter of 2013.

What’s happening? Writing for the Financial Times (paywall), Allianz chief economic advisor Mohamed El-Erian explains that investors in “emerging market assets have been spooked by the possibility of higher US interest rates and greater trade protectionism.” This isn’t unusual, he writes, nor is the fact that it extends across asset classes. What’s odd is that it comes as US markets rallied, implying investors in US assets are discounting Trump’s election rhetoric.

What does this mean for EM in general? As El-Erian puts it, emerging market investors are afraid that Trump’s rhetoric will be bad for trade —and thus bad for business in EM. “If the EM interpretation is the correct one, US stocks have some rough sledding ahead. If, however, emerging markets have misread the president-elect’s policy intentions, then these beaten down assets have more upside over the next year than that offered by US stocks.”

What about Egypt? Egyptian shares are up 20% in exceptionally heavy trading in the same period that the MSCI EM has tanked. The EGX broke a five-year-old record for total turnover on Thursday, and foreigners have been net buyers since devaluation. What’s more: Egypt is still undervalued, Bloomberg says, explaining on Thursday that in USD terms, shares are still trading at a 26% discount to their pre-float level. And the carry trade continues to pick up, as the business information service noted last week.

What’s with the appetite for Egypt? Reports Bloomberg: “‘Volatility presents opportunities, and we’re finding them in markets like Egypt, said Andrew Schultz, the Cape Town-based head of frontier sales at Investec Securities who reported a pick-up in demand for Egypt from clients. ‘“We’re seeing investor relief over the authorities’ decision to float the currency. Now it’s a market where you can make investment decisions based on fundamentals, rather than have potential gains capped by an overvalued exchange rate.’”

President Abdel Fattah El Sisi fundamentally agrees with El-Erian on the need to be critical about whether Trump’s campaign rhetoric and approach to governance mesh, telling a Portuguese interviewer ahead of his visit there this week that “We have got to draw a distinction between the rhetoric that takes place within presidential campaigns and the real and actual administration of a country after the inauguration of a president. …I believe that President-elect Trump will be more rigorously engaged with the issues of the region. … As a matter of fact President-elect Trump has shown deep and great understanding of what is taking place in the region as a whole and what is taking place in Egypt.” The president said “personally I respect and appreciate [Trump]. That is why I am looking forward, and I am expecting more support and more reinforcement of our bilateral relations.”

The Trump-Sisi story was on the verge of going viral at dispatch time this morning, with pickups everywhere from DC’s The Hill to China’s Xinhua. The Israeli press is on it, and of course Breitbart is gobbling it up.

And, speaking of Trump: The US president-elect spent the weekend in a flame war with the cast of the musical Hamilton, after a cast member lectured Trump’s running mate; filled key national security posts (including national security advisor, attorney general and CIA director_ with right-wing hardliners; and arrived at a USD 25 mn settlementon the Trump University lawsuit that could have seen him taking the stand to testify before the inauguration. Trump also met with former Republican presidential candidate (and Trump foe) Mitt Romney, so our bet: He follows the trio of right-wing appointments by naming mainstream Republicans as the secretaries of state and of the treasury. 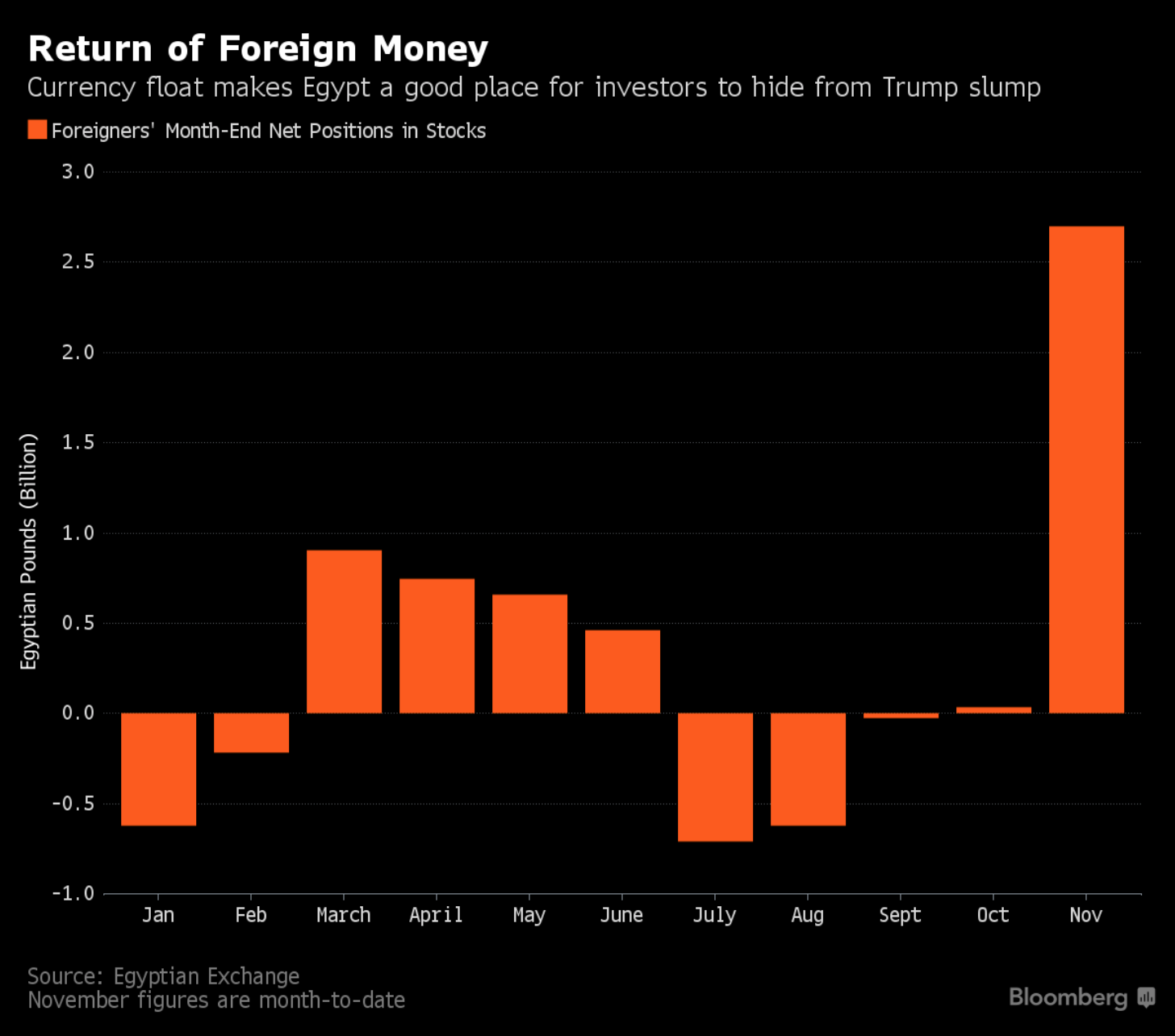