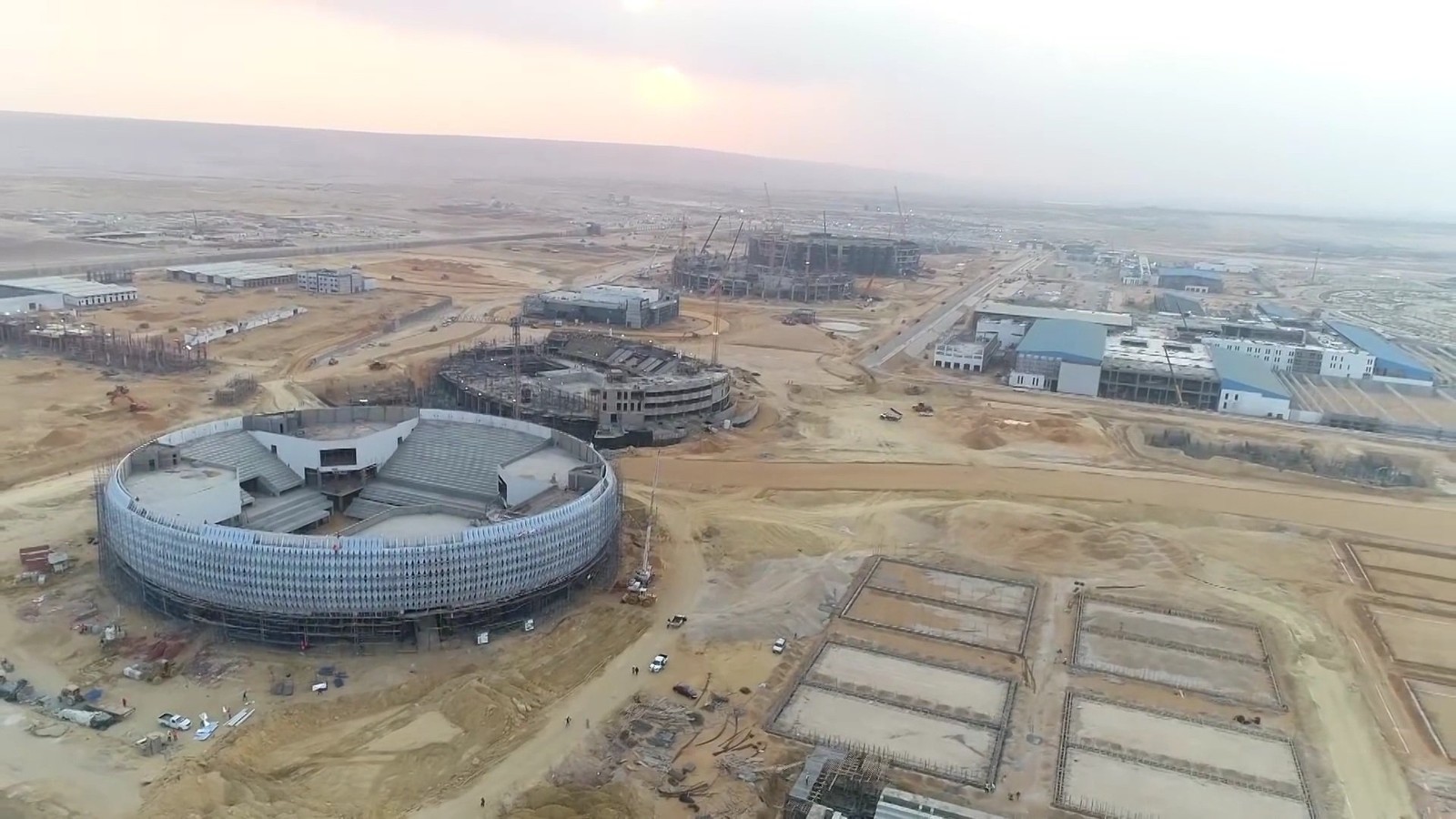 Egypt could be vying for a bid to host the Olympics in 2036 — how prepared are we? Hosting the Olympic games is a notoriously costly endeavor that fewer countries have been willing to bid for in recent years. Residents in host cities fear the strain of a huge influx of visitors and infrastructure works on public services and budgets — even with the frequently touted upside of increased tourism revenues. Yet, some countries have continued to bid to host the games anyway. Among them is Egypt, which last month announced it is preparing to join a bid to host the 2036 Summer Olympics in the new administrative capital, where an Olympic city is expected to be built by the end of 2022. So what does it take to host the Olympics and just how feasible is that goal for Egypt?

There’s a lot that goes into it: For a city to qualify for hosting the summer Olympic games, it needs to have constructed an Olympic village capable of housing, feeding and providing medical care to some 11k-16k athletes and their trainers, according to a contractual framework (pdf) from the International Olympic Committee (IOC). Other requirements include a media village for international press personnel, a media center to broadcast the competition, 40 unique venues to host the 300 sporting events, and ceremonial and green spaces. That’s not to mention at least 40k hotels for spectators to lodge.

It’s more than just building out stadiums: Having the appropriate road and transit infrastructure to facilitate the movement of athletes, spectators, and Olympic staff is a crucial component of the games. Ensuring the security of all these people also requires a significant amount of logistical coordination and constitutes a significant portion of the games’ bill — which has “risen 6 fold since the 1990s and now generally exceeds USD 1.5 bn,” economic researchers Victor Matheson and Andrew Zimbalist write in the Georgetown Journal of International Affairs.

Some facilities are already up and running at the NAC, but there’s a lot more to go before 2036: The government has already constructed portions of a 31.4k sqm sports complex in the NAC that is expected to contain a 7k spectator indoor stadium, Olympic-grade swimming pools, squash courts and tennis courts — all at an estimated cost of some EGP 2 bn. There’s also a massive 90k spectator stadium in the works, which is slated to become one of the new capital’s official Olympic stadiums, as well as a 15k-seat indoor stadium, a combat sports arena and a 3 km track. We don’t yet know the timeline for building out the remaining facilities but President Abdel Fattah El Sisi earlier this year ordered the “swift” construction of the International Olympic Village.

We might be coming up on new sustainability requirements by the time 2036 rolls in: The IOC has since 2020 announced that it will be ensuring all Olympic games after 2030 become “climate positive.” This means that operational requirements for hosts could soon be adjusted to incorporate stricter environmental regulations on the games like “zero-carbon solutions,” and emissions compensation schemes.

And maybe even high-speed internet requirements, too: The Pyeongchang Winter Games in 2018 saw 5G networks being rolled out for the first time to major audiences. Last year in Tokyo, the games were reportedly supported entirely by 5G networks and in several events, robots. The IOC hasn’t yet explicitly made 5G connectivity a host requirement, but could do so in the lead up to 2036.

All of this costs a pretty penny to put together: The 2020 Olympic games in Tokyo cost some USD 12.7 bn, doubling its initial projections in 2013. Japan’s national auditor puts that figure even higher at north of USD 20 bn, some USD 3 bn of which was due to its covid-caused postponement. Olympic games cost overruns are an average of about 172%, researchers found. At its worst, it can run way higher: The cost of the 2016 Rio Summer Olympics, which came to some USD 13 bn, outpaced projected budgets by some 352%. A separate 2016 study found that the five games preceding Rio de Janeiro exceeded USD 10 bn. The Beijing Olympics was even more expensive, setting China back over USD 45 bn to put together, with the IOC only chipping in USD 1.3 bn.

And the remaining facilities are costly to maintain and often neglected: With 35 sports to accommodate, many cities need to build out “very, very specific sports infrastructure” that they “don’t have much use for” once the games are over, Matheson told Vox. Only some 15 of the 27 venues specifically built to host the Rio games remained in use a year later. This is also a problem because they’re often really expensive to maintain.

It's hard to say just how much it would cost us to host: Given that Egypt’s bid for the 2036 games is geared for the yet-to-be completed new administrative capital, it's hard to separate how much the infrastructure supporting the Olympic games would cost from the total price tag on the capital — which is about USD 45 bn.

The revenues and long-term benefits don’t exactly make up for it: The Rio games generated just USD 9 bn in revenues for Brazil — 70% of which the IOC pocketed. The games can trigger a brief boon to employment in the host city, but that impact is often short-lived and well below official projections, according to a 2016 report (pdf). The only city to ever come out in the black after hosting the games was Los Angeles in 1984, which saw a USD 215 mn surplus.

The larger effect on tourism is mixed, though: Barcelona, Sydney and Vancouver were the only locations that saw a tourism boost after hosting the games. Some observers argue that the Barcelona Olympics in 1992 marked a turning point for the city where better roads, more green spaces and public beaches — which became more widely accessible in preparation for the games — helped drive tourism numbers in subsequent years. While these figures are in fact correlated -– tourism in Barcelona multiplied from 1.7 mn visitors in 1992 to 7.4 mn in 2011 — it's not entirely clear that there’s a causal link solely attributable to the games, a University College London study (pdf) shows. London, Beijing, and Salt Lake City actually saw tourism figures plummet after the games had commenced in their cities.