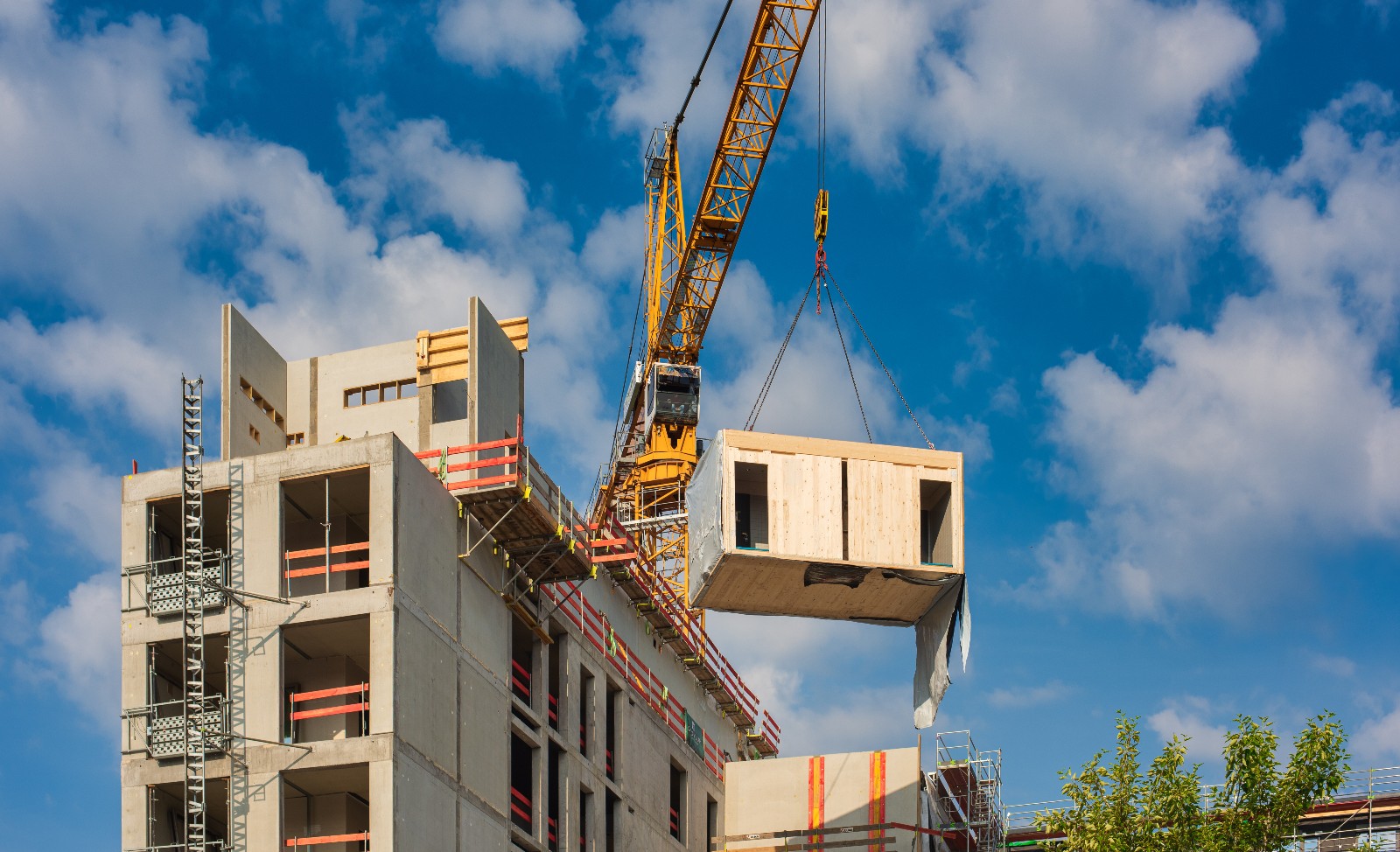 What are they exactly? Prefabricated buildings are those constructed with materials or entire structures built and prepared offsite in factories and then installed onsite as a finished product. This can range from a prefabricated component (such as a metal structure) or a panel (such as a wall) or even an entire room. The parts are then quickly assembled through intuitive and easy methods on site — think Ikea furniture setups, but on a much larger scale. Modular construction is similar but involves set standard building blocks that go together like Legos to create a final structure.

Some construction companies in Egypt are specializing in these techniques: Arabian Construction House (ACH) offers prefabricated fiber wall and roof panels that can be used as “blocks” to quickly put together buildings, Vice Chairman Ahmed Turk explained. Also wanting a piece of the action, European firm Hilti recently launched modular support structures in their local subsidiary Hilti Egypt, Channel Manager Omar Essam tells us. The metal structures form the foundation of entire buildings and come prefabricated to be connected through a simple twist and lock technique.

And of course there’s Qubix, which upcycles storage containers into usable spaces such as restaurants, offices, and homes that otherwise would be left to rust after their shipping life is over. At their 2.5k meter factory, the containers are fully brought to life including everything from decor to plumbing. Projects they’ve undertaken include The Drive by The Waterway — which only took three months to complete, co-founder Youssef Farag tells Enterprise.

Time-saving and cost-efficient… What more could you want? Prefab allows you to build faster using fewer resources, increasing the ROI for firms, Farag explains. A 2019 McKinsey study (pdf) found that these techniques can cut construction speed by as much as 50% while lowering costs by 20%. Factory processes are quicker as set supply chains ensure speed and quality and constant testing. Meanwhile, sites can be prepared in parallel eliminating bottlenecks where construction would have to wait until the land is ready.

There are also potential environmental benefits: ACH claims its panels do not contain metals or concrete which are both highly polluting industries and the raw materials are all locally sourced, Turk tells us. ACH and Hilti also reduce waste during the construction process as everything comes pre-cut and needs little cement to be set up.

The global market for prefab buildings is expected to reach USD 153.7 bn by 2026 from USD 106.1 bn in 2020, according to a market study by Global Industry Analysts.

While we don’t have market data for Egypt, demand for prefab and modular construction is evident, company reps tell us. Qubix expects y-o-y growth to hit 110% in 2021, Farag told us. The company is planning to roll out a new (and exciting) building technique in the coming months. Meanwhile, Hilti’s prefab product launch received higher than expected demand, and the local office is planning on rolling out more prefab building systems in the coming period, Essam said.

Egypt’s new cities provide ample potential for them: Demand for construction will boom in Egypt in the coming 10-15 years and Qubix aims to ride the wave, Farag says. The introduction of new cities such as New Alamein or the new administrative capital as well as increasing projects in transport and energy has helped the sector gain traction as an efficient way to fast track implementation, Essam says.

Potential applications extend beyond housing and real estate: Prefab has also shined in water projects conducted by the government such as water treatment and well building. ACH’s fiber panels are considered resistant to water as the absence of metal avoids rusting which would otherwise result in yearly maintenance costs, Turk explains, adding that their main customers are oil companies who have facilities on the water.

But our adoption is still slower than our peers: In the case of ACH demand growth has been slower as most construction companies in Egypt still can’t pinpoint the benefits of prefab, especially since building costs are cheap in the country. Since fiber panels are used in prefab buildings as an alternative to metals, demand for prefab is greatly tied to metals prices, Turk explains. Most of ACH’s prefab demand comes from their export markets as other countries outpace Egypt in adopting the model. Farag also echoes that we have a long way to go and should look up to countries such as Singapore amidst our drive to more efficient construction.