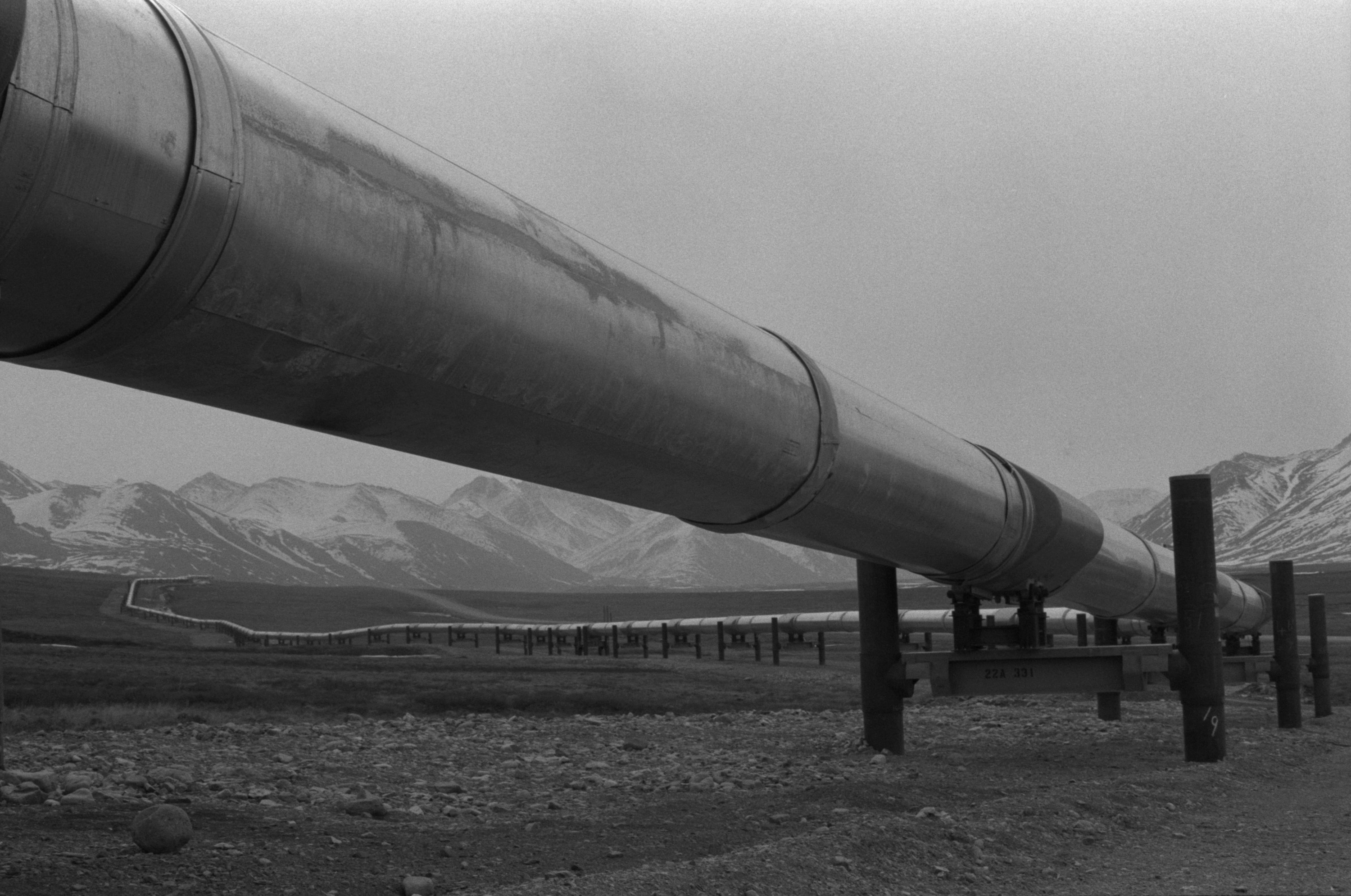 The MENA region is planning more gas + petrochems investments in 2020-2024, despite covid-19 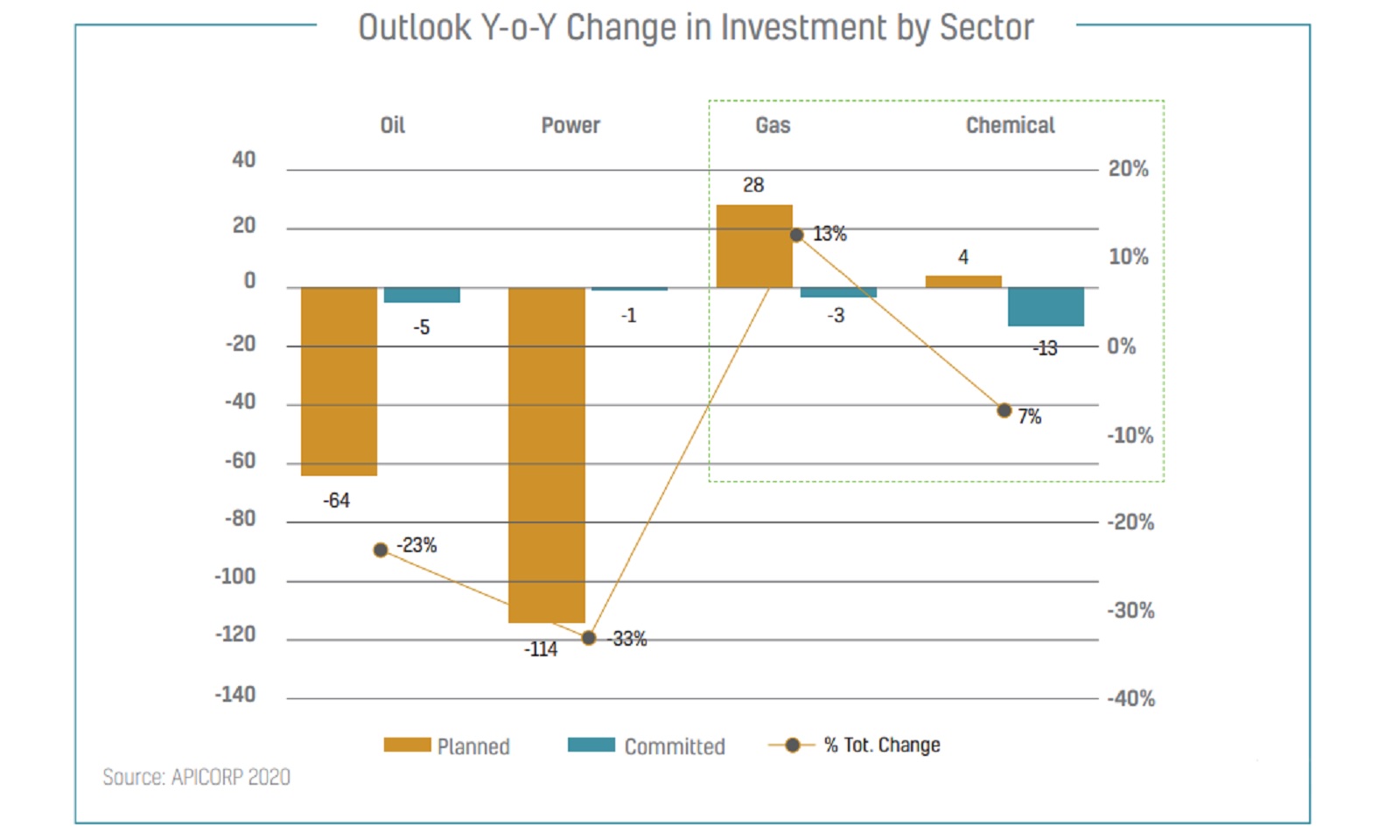 That’s not to say it’s all smooth sailing: Projects that are already in the proverbial pipeline are expected to “face headwinds in terms of payments, supply chain issues and delays” as governments and the private sector alike cope with significant fiscal pressure caused by this year’s economic downturn. And any new planned projects — “specifically in upstream and international downstream ventures” — will be under the microscope and more likely to be postponed altogether.

Covid-19 is also taking a toll on oil and gas exports, meaning demand is turning inwards. According to Apicorp, industrial demand is set to account for a larger share of petrochemicals and gas demand on a domestic level, which is also slowing down because of the pandemic. Across the region, slower GDP growth and lower industrial output mean gas demand will grow between 3.8 and 4% this year — a downwards revision from the 6% growth in demand seen last year.

What’s driving the growth in planned regional gas investments? The ramped up investment plans are mostly accounted for by Qatar’s USD 50 bn North Field Expansion — USD 22 bn of which will be invested in the five-year outlook period. This is in addition to the regional push towards cleaner power generation and “improved monetization of gas as a feedstock for the industrial petrochemicals sectors.”

In Egypt, LNG facilities “will remain heavily underutilized” until 2022 on the back of reduced domestic gas prices for heavy industries, and “depressed global prices” in 1H2020 meaning LNG exports are largely on hold, the report says. Egypt will export only 35% of its production capacity over the next two years, according to Apicorp.

Key drivers of the expected growth in Egypt’s petrochemicals industry: The Oil Ministry’s 2020-2035 national plan for the industry includes a USD 8.5 bn crude and condensate refinery plant in Al Alamein, which is expected to produce 1 mtpa of petrochemicals and 0.85 mtpa of refined products. The facility is set to cover domestic consumption needs by providing industry with “specialty chemicals feedstocks,” while earmarking surplus output for exports. State-owned Enppi is expected to issue a tender for the project before the year is out, according to the report. The ministry’s plan also covers the Egyptian Petrochemicals Holding Company’s (ECHEM) planned petrochemical plant and refinery in the Suez Canal Economic Zone, the construction of which will be managed by the US’ Bechtel. Previous reports had indicated the project is expected to cost USD 6.7 bn, but Apicorp suggests the figure is now at USD 7.5 bn.

As for the private sector, there’s the Egypt Hydrocarbon Corporation’s (EHC) planned Ain Sokhna ammonia plant. EHC had signed a USD 550 mn agreement with Italian company Maire Tecnimont in May to set up the plant, but the project has yet to reach financial closure, according to Apicorp. The plant could come online as early as 2025 if EHC manages to reach financial closure next year, the report says.