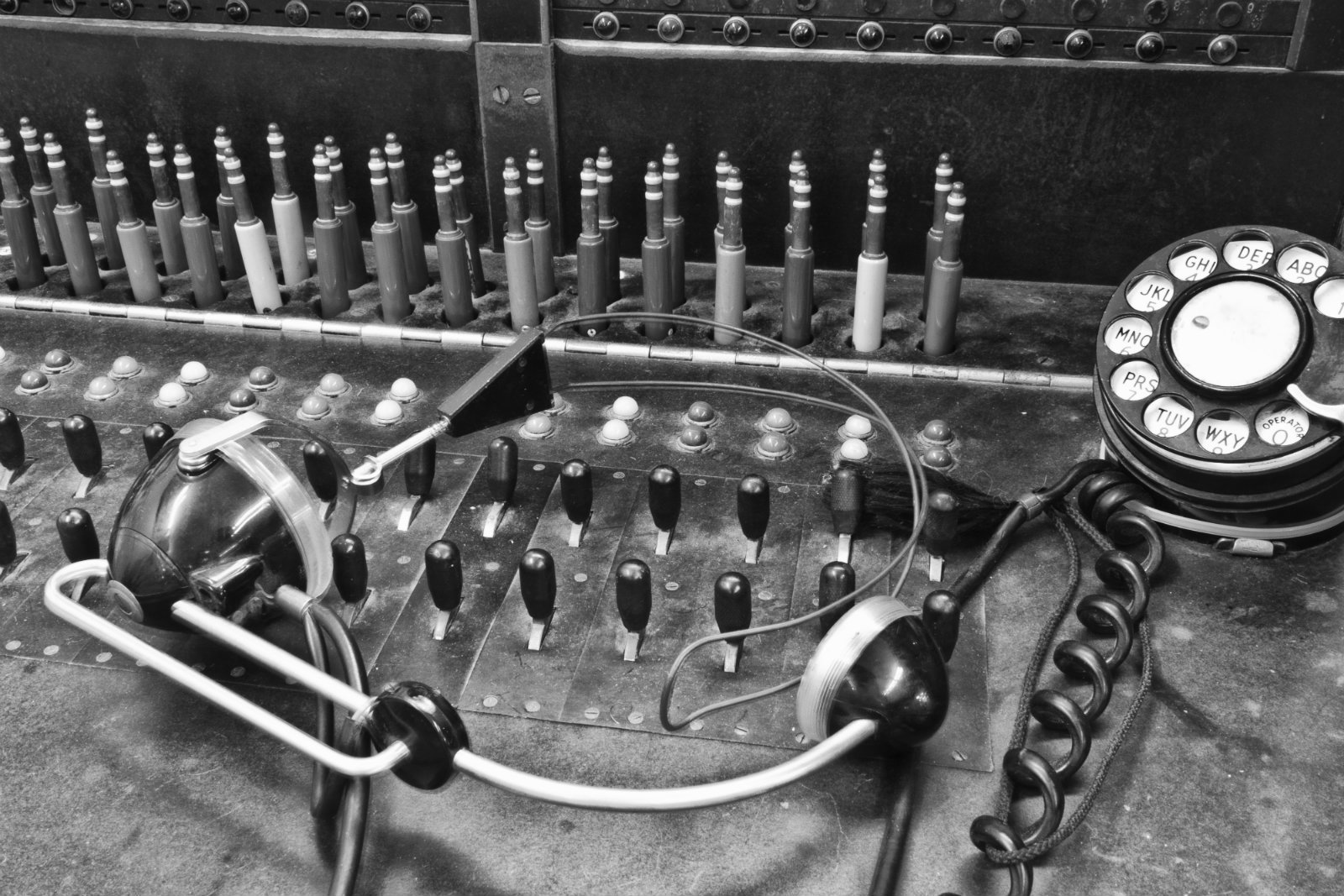 Could Egypt make better use of its position as a subsea internet cable hub?

How Egypt can make better use of its position as a sub-sea cable hub by opening up domestic infrastructure to the private sector: Egypt is a hub for internet submarine cables, with 17 cables transiting through the country. Egypt is second only to the US in terms of the number of submarine cables crossing the country, accounting for 17% of the world’s total, a Telecom Egypt (TE) official told Enterprise. But despite being a transit hub, private sector sources and former state officials we spoke with said that Egypt is still missing on major investments and has not been using these cables to the best of its ability.

The problem comes down to our local infrastructure not keeping up with the bandwidth potential from cables and other sources. Despite the investment and improvements we’ve made in bolstering our domestic capacity, Egypt’s internet prices and speeds still fall short of neighboring countries, according to independent reports and studies. Opening up more of Egypt’s IT infrastructure to the private sector and rethinking regulation are the best solutions to maximizing the use of our infrastructure.

Background: Egypt’s unique geographical linking Europe with Asia made us an ideal node in the global subsea cable internet. To exploit this advantage, TE has acquired additional stakes in submarine cables and embarked on building new cables from scratch. TE has already been a partner in several cables transiting the country and owns a few others. Back in 2018, TE gained full control over MENA Submarine Cable and signed an agreement to serve southern African neighbors, before it signed an MoU to expand and service submerged fiber optic cables in the region.

Most recently, TE became a partner in the 2Africa submarine cable project. TE, along with a consortium of global telecoms firms, partnered to lay a giant 37k-km subsea cable linking Europe, the Middle East and 16 countries in Africa. The new cable aims to provide a new crossing linking the Red Sea and the Mediterranean, the first in over a decade, and terrestrial routes parallel to the Suez Canal, using new technologies allowing the deployment of up to 16 fiber pairs instead of the eight. Once the new cable comes online within two years, it would be able to transmit up to 180 terabytes per second (Tbps), a TE official told us, which would allow Egypt to improve its internet service, the source added.

But are we benefiting from this capacity in our domestic usage? Not really: Although an exact figure is impossible to get, Egypt only uses a fraction of the capacity of these cables, former Communications Minister Khaled Negm told us. Egypt is already a member of the SEA-ME-WE 5 (SMW5) that delivers 38 Tbps as well as the Asia-Africa-Europe 1 (AAE-1) 25k km submarine cable from South East Asia to Europe, which delivers a capacity of 100 Gbps that is also projected to double. While TE raised Egypt’s domestic quota of bandwidth from these cables last year to 2.6 Tbps, Egypt used 1.9 Tbps last year. More importantly, the bandwidth per user from these cables has reached 9.3 kb/s in 2016, far below both the world and regional medians that hover over 30 kb/s.

With user bandwidth falling behind other countries, why are we not fully utilizing our quota from these cables? It boils down to our domestic infrastructure not being able to handle that added capacity, sources say. To use an analogy: It’s as if electricity generation capacity exceeded the capacity of the transmission infrastructure. Tapping into that bandwidth will need more investment into our telecommunications infrastructure, the Federation of Egyptian Industries IT division’s deputy head Hamdy El Leithy told us. He estimates that we need to invest around EGP 120 bn to expand the use of fiber optic cables locally and improve internet speeds.

That’s not to say that Egypt hasn’t gone a long way in installing fibre optics, since TE started replacing the traditional copper cables with fibre optic cables. The project — whose timeline had to be crunched to two years instead of four — required an investment of EGP 17 bn in 2019 and 2020, with EGP 26 bn having been spent in the last five years. Total investments reached EGP 43 bn since 2014, a TE official told us.

And that saved us during the lockdown and curfew. Users have experienced stable connections across multiple platforms during the curfew hours in the past few months, despite the increase in demand, as we noted in our feature on covid-19 IT actions taken by the government and private sector. These results were the fruit of a long-term strategy pursued by the Communications and Information Technology Ministry that has also succeeded in doubling the average broadband internet speed from 5 Mbps in 2018 to 17 Mbps in 2019, then 20 Mbps early this year, before scoring 30 Mbps in 2020, Communications Minister Amr Talaat told us.

But there is definite room for improvement: Egypt’s internet speed ranked fifth in Africa in June, according to Speedtest Global Index. Furthermore, our prices are higher than they should be. El Leithy and Negm told Enterprise that the internet prices in Egypt are still higher than they should be, especially given the quality of the service itself. Egypt’s fixed-broadband packages were found to be less affordable at an average of USD 7.06 per month when measured in terms of gross national income per capita (GNI pc). Egypt also ranked 48th globally in terms of affordability of USD 3.22 high-consumption mobile data and voice baskets, according to an International Telecommunication Union study.

Opening up Egypt’s IT infrastructure to the private sector offers a compelling solution: TE has the exclusive rights to establish communications infrastructure while the remaining operators have to lease capacities from it. This means that it is up to TE alone to improve the internet connection, one executive at a telecom company told Enterprise. El Leithy agrees, telling us that the private sector should be granted ways to participate in building their own infrastructure. Amr Badawy, former head of the National Telecommunications Regulatory Authority (NTRA), shares that sentiment. “The involvement of the private sector or at least a second company in the building of fibre optics infrastructure would almost definitely improve both the quality and the prices significantly,” he tells us.

Incentives and investment zones would go a long way toward unlocking new investment. Both Negm and Badawy said that the government needs to establish investment zones and offer gateways to international telecom companies, like in Alexandria and Zaafarana, to attract more investments and increase the added value the country can offer them.

And just about everyone we spoke with want to see the Data Protection Act signed into law, as it lays out the ground rules for how businesses use personal information collected online. The legislation has been approved by the House of Representatives but has not yet been passed. This legislation is crucial to attracting investments, El Leithy told us. He added that once passed, it could unlock investments worth over USD 100 bn as global companies would be able to benefit from skilled labor, good internet capacity, and a suitable business environment that protects the data of their clients.

Things could be heading in the right direction: TE is giving the private sector a shot at fiber optic infrastructure development, a TE official told us. Last year, the NTRA issued licenses to Vodafone and Etisalat to speed up the roll out of fibre optic cables to gated compounds. That said, while the license was granted, it only allows the companies to use the areas’ existing infrastructure to connect gated compounds on triple play technology, a high-end service that does not really qualify as investing in infrastructure, one telecoms exec told us.

And we may need to act soon, as our position as a cable internet hub is starting to face competition. Egypt is facing strong competition in submarine cables from Morocco due to their proximity to Europe, said Negm, while Israel is already giving us a run for our money, according to Badawy. The congested route that runs through Egypt, and several internet disruptions, has pushed stakeholders in the industry to explore alternative and cheaper routes, such as Google’s Blue-Raman cable that goes through Israel.

The top infrastructure stories of the week

The top infrastructure stories of the week: