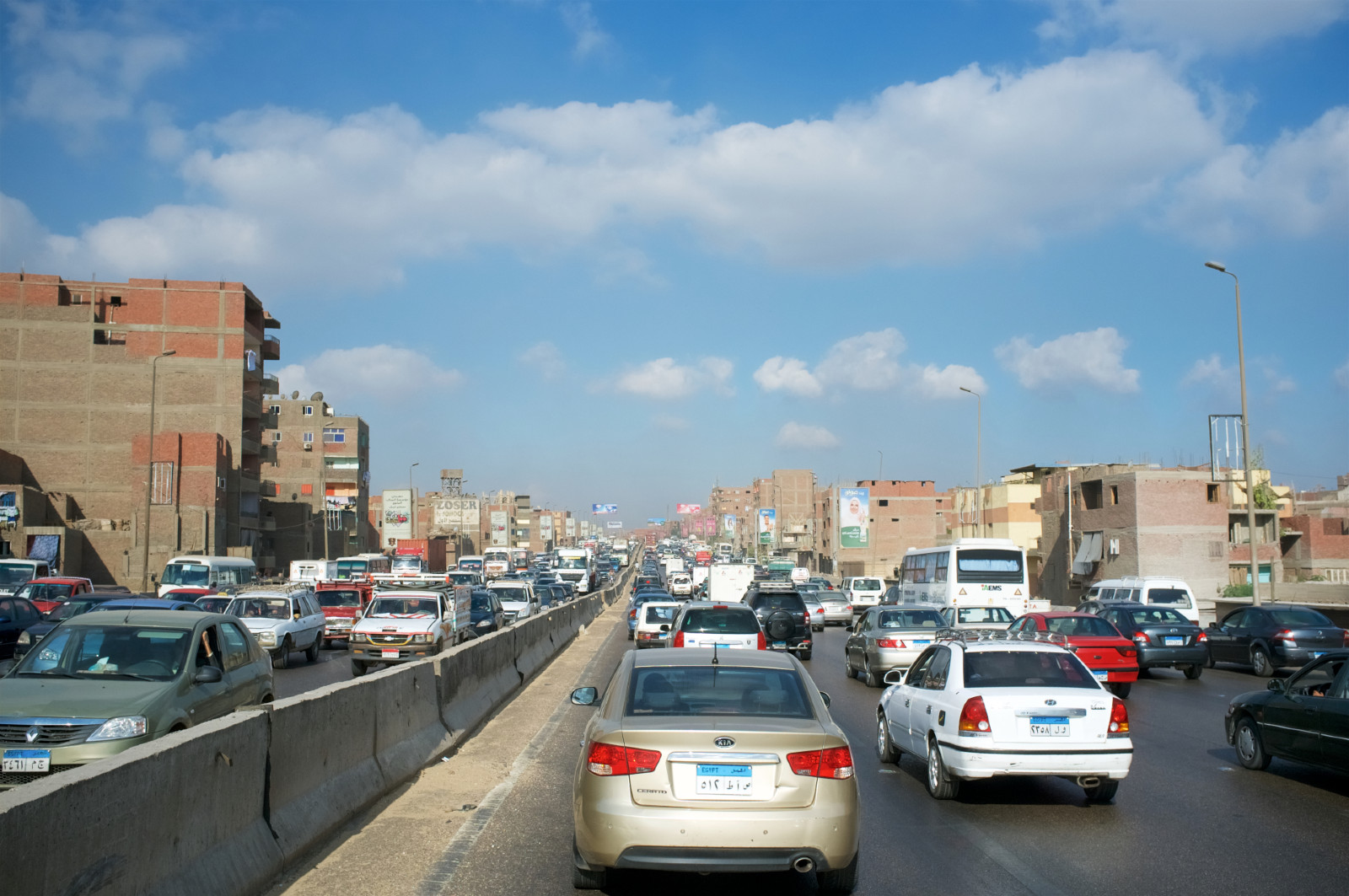 ENTERPRISE EXPLAINS- Cairo Ring Road’s new BRT system: One of Cairo’s main roads is undergoing a major EGP 7.3 bn overhaul which is set to widen the congested 106 km freeway to 16 lanes by the end of this year, up from eight on most stretches today.

But most significantly, it will include an exclusive BRT (bus rapid transit) lane that could soon replace microbuses and other forms of public transit on the roadway. But so far, not much has been said or announced officially about the transition and the work needed to move us to this new system. However, by pooling information in the public domain as well as speaking to some of the parties involved, we can get an idea of what this new system will look like.

Here’s what we know so far about the new system: A consortium of local and international firms — led by French public transport company Transdev and including Orascom Construction, Mwasalat Misr and MCV Group — signed an MoU with the Transport Ministry’s Land Transport Regulatory Authority (LTRA) in May to begin technical studies. The surveys which are currently collecting key data about high traffic areas, ridership and high density bus and microbus stops on the Ring Road are expected to wrap up by October of this year, according to a Transdev Egypt representative who spoke to us on condition of anonymity.

Pricing of transport on it seems very likely to change: It's not yet clear how much the project will cost or what price range we can expect fares to be offered at but given that a non-compete clause, requiring a freeze on all new contracts for public transport options on the roadway, has been articulated in the consortium’s MoU with the LTRA, the Transdev representative tells us, it appears likely that traditional forms of transport on the Ring Road will have to make way for a newcomer.

What does our current transit landscape look like on the Ring Road: While sometimes dangerous and unreliable, microbus use in Cairo is currently an essential component of our transit infrastructure. Specific numbers are hard to come by for the Ring Road but two-thirds of all public transit use in the Greater Cairo region relies primarily on microbus travel, Mohamed Hegazy, director of urban transit research and consultancy firm Transport for Cairo (TfC), tells us. “Microbuses are fast and often provide a direct service to places where formal alternatives would require an interchange,” Hegazy says, which a majority of riders value over having to make multiple transit changes, he explains.

But microbuses also have a number of drawbacks that could make BRT buses a compelling alternative. Safety is a key factor, microbus riders surveyed by TfC said. Although a detailed breakdown for road accidents involving microbuses is scarce, government figures indicate that there were close to 10k road accidents in Egypt in 2019 and catastrophic headlines of microbus-involved collisions on roadways are frequent. Then there’s the lack of proper timetables, caused by drivers only departing once their vehicles are full.

Then there’s the environmental impact: Microbuses primarily run on low-quality diesel fuel and are often poorly maintained. Under the new BRT system we could be looking at somewhat of a marked improvement in air quality with the new natural gas-powered buses, Hegazy said.

So how would a BRT system measure up to microbuses? It all depends on how it's rolled out. With what we know so far about the improved reliability of BRT buses, especially if provided a designated lane and a rigorous commitment to pre-set schedules, the new project could offer riders travel times that are “as fast as traditional public transport at much higher service quality,” Hegazy says.

What is yet to be announced and will likely be one of the foremost concerns for riders is ticket pricing. Riders using microbuses on the Ring Road now pay between EGP 5 -15 per trip and usually get direct access to their destinations. While safety and reliability could be vastly improved under the new system we’ll likely need to see a form of integrated payments between BRT buses and other forms of ancillary transit like the new Metro Line 3 or the upcoming Monorail project for the new system to achieve its maximum benefit.

What do BRT systems look like: In other parts of the world, like Brazil, France and Mexico, where BRT systems have been fully developed, buses are given their own designated lanes with clear stops that often allow riders to pay fares at the station ahead of time instead of onboard buses. Platform level boarding and reliable schedules also supposedly make them a more convenient and easily accessible option for riders. Fare integration, which allows riders to use a single card across multiple modes of transit, is another crucial development associated with BRT systems globally which could also become a component of our own BRT system here in Cairo, a Transdev representative tells us.