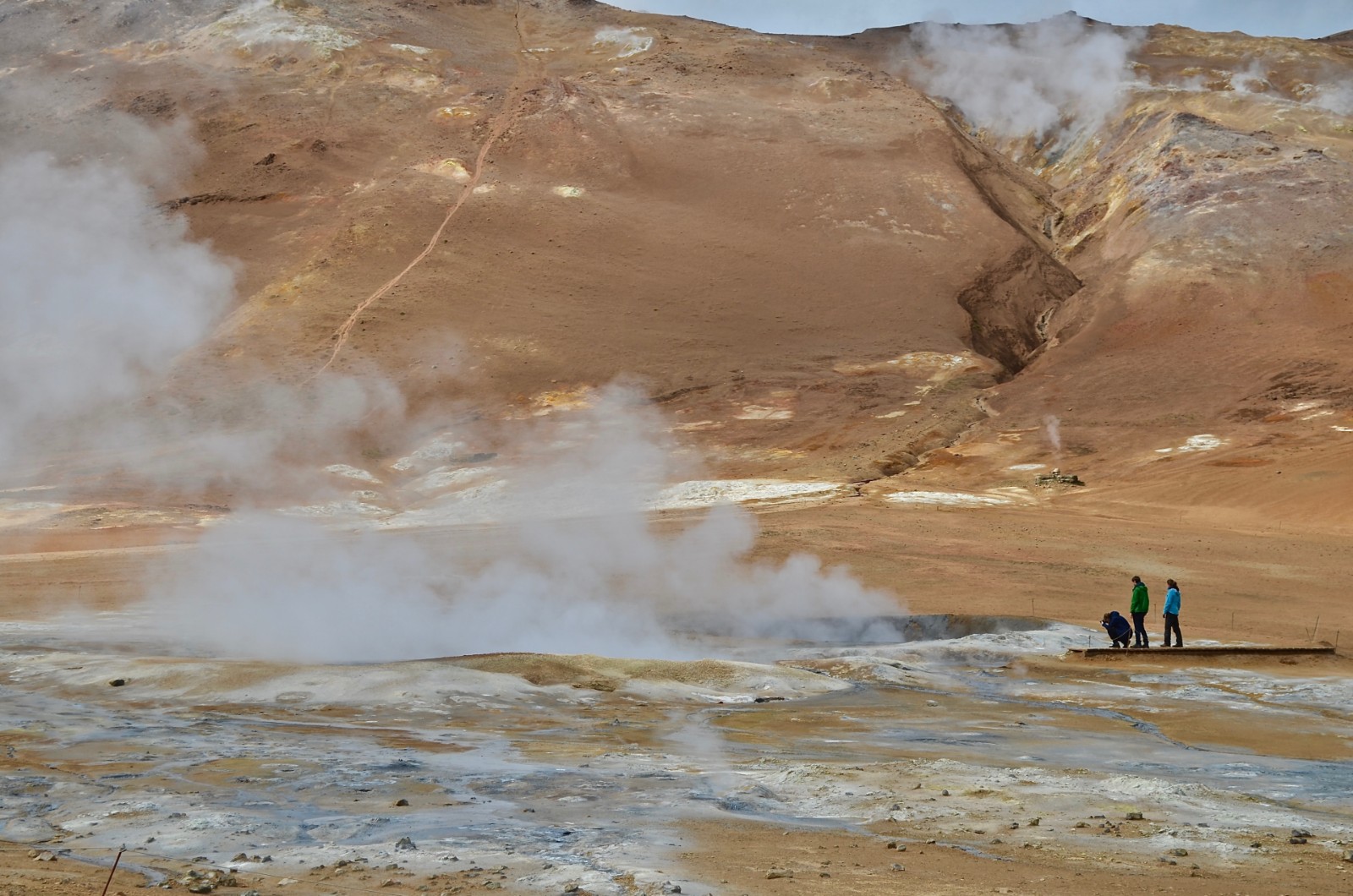 Could there be hope for geothermal energy in Egypt anytime soon? As we reported last week, Egypt has long been a regional leader in wind and solar energy production. Now, attention is turning to nascent technologies like green hydrogen as the new frontier for our renewables ambitions. But there’s one type of renewable energy that has been around for a while and seems to have passed us by: geothermal. Some researchers and officials are beginning to look into whether there’s untapped power potential underneath our feet.

Egypt has no geothermal capacity at present — but that’s hardly surprising when you consider that adoption of the technology has been slow around the world. The technology to capture sub-surface heat for power has existed for over a century, but only 27 countries currently use geothermal energy, according to US Energy Information Administration (EIA) data. Iceland is the poster child for the renewable power source, using it to generate about a quarter of its electricity needs and some 90% of its heating requirements.

On a global scale, geothermal capacity increased only 2% y-o-y in 2020. That’s slower than the average for the preceding five years, and well below the double-digit growth that would be needed to produce enough geothermal energy for the target mix that would get us to net zero carbon emissions by 2050, according to Paris-based multilateral energy organization the International Energy Agency (IEA).

One multilateral initiative is looking to build the expertise to get the sector off the ground here. Launched last year, the Geothermal Energy Capacity Building in Egypt (GEB) project aims to offer the first local graduate diploma in geothermal engineering, as well as launch our first educational pilot plant, geothermal labs at Egyptian universities, and establish a national geothermal society, all by 2024.

“This project will provide the opportunity for building an engineering knowledge foundation, both theoretical and practical, for the future use of geothermal energy in Egypt,” according to the academics leading the program (pdf).

But geothermal potential doesn’t exist everywhere. So do we have it? Geothermal reservoirs are concentrated along the boundaries of the Earth’s tectonic plates and need to be drilled and tested for their potential, much like an oil or gas reservoir, the EIA explains. Here at home, the most significant sources of that potential lie in the Gulf of Suez, the Red Sea, and the Western Desert, according to a 2020 geological study (pdf) by researchers at Saudi’s King Saud University and Egypt’s Benha University.

We’re not sitting on a wellspring of geothermal energy: The “majority of geothermal resources in Egypt can be categorized as medium to low-temperature potentials,” the 2021 paper’s authors write. The high-temperature assets that would be needed to produce on an industrial scale are few and far between, the study says, while low-grade resources make up the bulk of Suez and Western Desert assets and cannot be exploited for significant power generation.

The country’s total geothermal power potential is estimated to be somewhere in the range of 95 -221 mn kWh, according to a 2016 study (pdf). By comparison, some 165.7 bn kWh of our generated electricity is currently produced by fossil fuels.

But there is at least one promising site: The Hammam Pharaoun thermal spring area in the Gulf of Suez is “the best candidate area for installing the first power plant in Egypt,” the study’s authors say, citing the area’s accessibility, high potentiality, and high geothermal gradient. The area lies about 45 km outside of Suez and could hold between around 12-20 MW of thermal power potential. To put that into perspective, the smallest industrial-scale wind and solar power plants tend to start at 10 MW, while our mega Benban solar park produces some 1.5 GW annually.

There could be exploration of the area: In April 2016, the Oil Ministry’s Ganope and the NREA signed an MoU to explore geothermal energy potential around the Gulf of Suez, including Hammam Pharaoun and the Ayoun Moussa spring, but no work has been carried out since.

Though not suitable for power plants, our low-grade geothermal resources hold value for local communities: “Some direct low-grade geothermal applications are now in use in Egypt in the form of district heating, fish farming, agricultural applications and green houses,” the 2021 report reads. Besides being used in the majority of greenhouses in Western Desert oases, thermal waters are also a draw for tourists, it says, both as bathing spots and for medical treatments.