The long, cool winter was good for some local crops — but the agriculture sector still faces huge threats from climate change 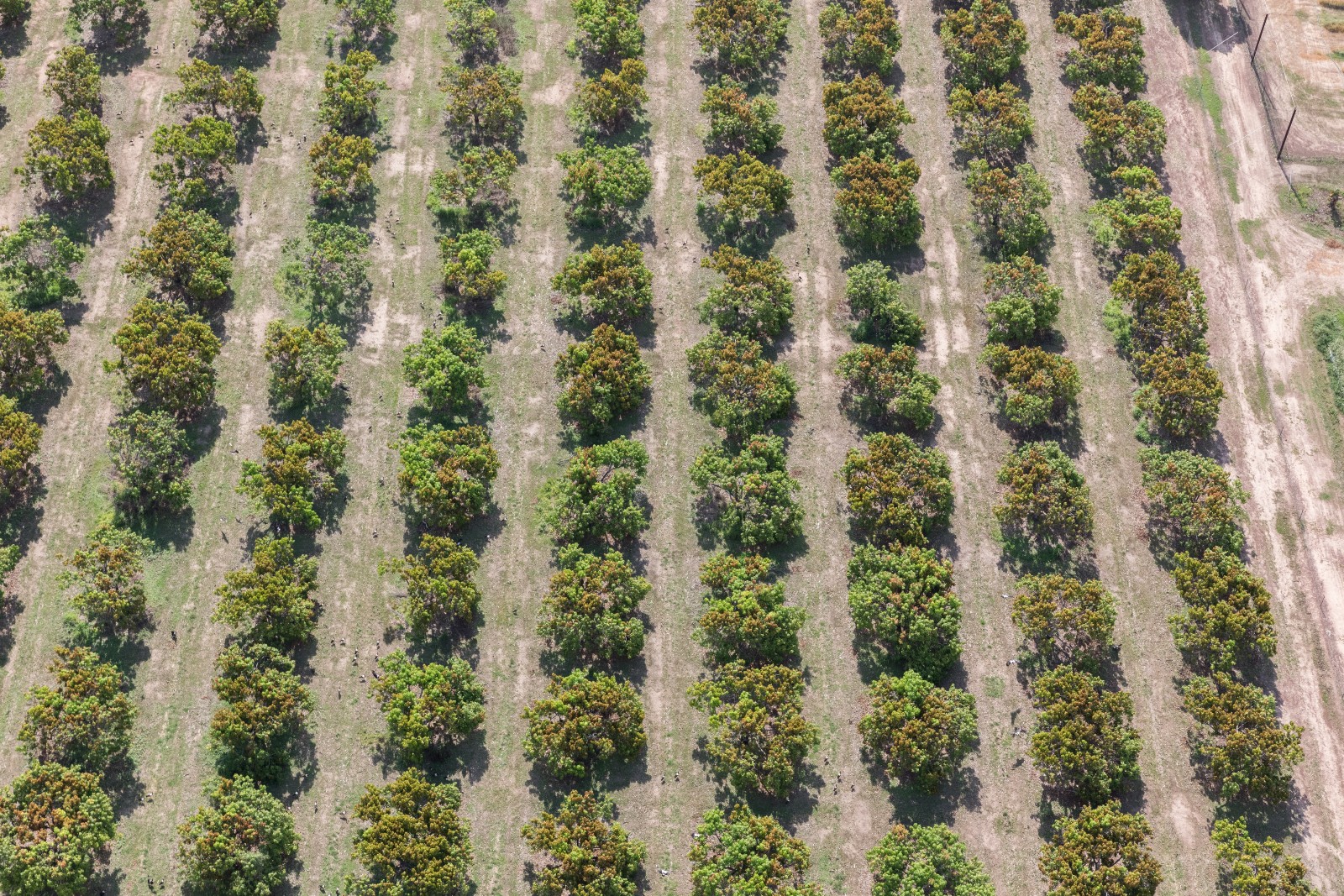 The year in agriculture so far has been mixed: The combined impacts of climate change are overwhelmingly negative for the agricultural sector as a whole, with global farming productivity expected to decline by some 15% globally by 2050 as a result of rising temperatures and unstable weather patterns, according to the UN Food and Agriculture Organization (FAO). That said, each crop reacts differently to changing conditions — and the deterioration in agricultural productivity won’t present in a straight line. This year, a longer winter and milder spring caused difficulties for growers of olives and corn but brought unexpected upsides for wheat, cotton, and especially mangoes, which staged a recovery after a dire 2021 season, several sources in the agricultural industry tell Enterprise.

Olives got off to a good start on the colder winter — but didn’t warm up in time for spring pollination: Olive production fell by some 60-80% last season thanks to an unusually warm 2020-2021 winter, since the trees need the temperature to drop to 10°C for a certain number of hours to be ready for the next growing season. This year, conditions reversed as a cooler winter dragged on into spring — but olives may not have fared any better, Shaker Abu Al-Maati, head of the meteorology department at the Central Laboratory for Agricultural Climate, told Enterprise. "The beginning of the season in November was promising due to low temperatures, but the long winter and continued cold weather affected the pollination and pruning process," Abu Al-Maati said. He declined to estimate the extent of the hit to production before the season ends.

Mangoes staged a dramatic comeback: This year saw a dramatic reversal of fortunes for the mango industry, Ismailia mango farmers told us. Mangoes rely on milder weather in the three-month pollination window from February to April, while winds, rain, and mist during this time threaten yields. Production took a 40% hit last year on the back of the heatwave that struck during Ramadan, farmers told us at the time, with farm owner and wholesaler Muhammad Adam saying only one or two of his trees bore fruit last season. This year, he says yields are their highest in a decade. “The weather was suitable for all kinds of mangoes. Even trees that have been dormant for a decade and were considered too old to produce bore fruit this year," he told us. Farm owner Abdel Hafez al-Ahmadi agreed, calling this year “a successful season for all farmers in the governorate compared to past years."

Wheat fared better in cooler conditions: The longer winter — including an absence of heat waves from March-May — allowed for riper and fuller wheat grains, boosting yields by more than 10%, Abu Al-Maati says. That said, this year’s stronger crop is likely a one-off, he added, noting that the general upward trend in temperatures on the back of climate change spells trouble for wheat productivity overall.

The cooler winter forced a change of plans for some corn farmers: Beheira farmer Ramadan Bassiouny delayed planting his corn crop to May from March thanks to the longer winter. Corn yields are down some 2% from last year due to climatic changes, Farmers' Syndicate head Hussein Abu Saddam told us. “Climate change has caused the spread of many insects that were not common before, which led to the spread of diseases and reduced productivity” in corn fields, he explains.

This year’s weather may have given some crops a reprieve — but it shouldn’t distract us from the bigger picture. “The impact of climate change on crops is usually negative and rarely positive,” says Abu Saddam, calling the positive impacts of this year’s weather on some crops “a stroke of luck.” UN-led climate efforts seek to limit global temperature rises by 1.5°C by the end of the century — but the impact on our agricultural sector will be significant even in that best-case scenario. A rise in temperatures by even 0.5-1°C would “negatively affect agricultural crops in general,” Abu Al-Maati says, predicting average declines of around 20% in wheat, rice, corn and potato yields with each half to full-point increase. Key local crops including wheat, rice and maize could see productivity decline by 11-19% by 2050, according to Egypt's Human Development Report 2021 (pdf).

Farmers are adapting their planting methods to tackle the heat: Farmers are cultivating heat-sensitive crops like tomatoes in greenhouses or shifting their planting schedules to protect them from extreme temperatures, according to Abu Saddam. “The tomatoes that were planted in July are now sown in September,” he said. Potato farming is also being pushed later into the year, with the ministry recommending that farmers in Minya, Beni Suef, and Fayoum postpone their usual August planting until the start of September, Abu Al-Maati says.

Another solution is to expand production of heat-resistant crops like cotton. “Cotton is a future crop,” Abu Al Maati says. “Its productivity would flourish under high temperatures if we could control and combat the crop diseases and insects that destroy it,” he said, pointing to state efforts to expand cotton cultivation as a positive step. Abu Saddam estimates that the total area planted with cotton rose some 37% this year to around 370k feddans, and expects favorable weather conditions to boost quality as well as per-feddan production by 0.5-1.0 quintars per feddan to reach 5-6 quintars per feddan this season. Cotton is the only one of our main crops that stands to thrive in hotter temperatures, with the Human Development report predicting a 17% increase in productivity by 2050, rising to 31% by the end of the century.

We could get more details soon on state plans to help the sector adapt: The government in May unveiled the outline of its National Climate Change Strategy 2050. The strategy includes plans to restructure the agricultural sector to make it more resilient to climate change, including by changing planting schedules and encouraging a switch to stress-resistant crop varieties, Abu Al-Maati says. We’ll likely hear more details on the strategy in the coming months.