Is there room for the Zabbaleen in Egypt’s new waste management system? 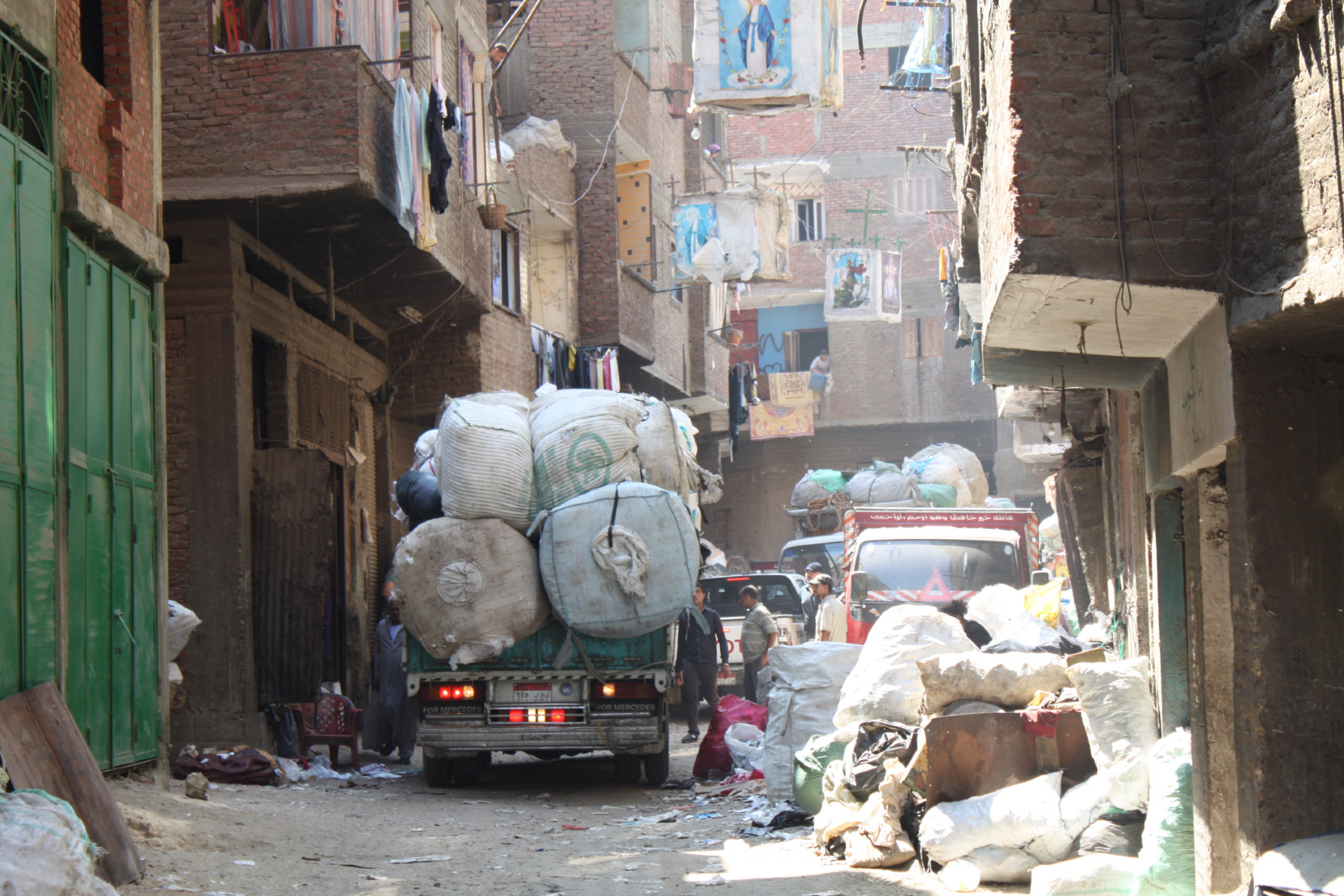 Is there room for the Zabbaleen in Egypt’s new waste management system? Following the ratification of the new Waste Management Act last October, the Local Development Ministry kicked off the second phase of its municipal solid waste management system, which focuses on securing contracts with the private sector for the collection, transportation, treatment, recycling and safe disposal of waste. This new system, although touted as a solution to a fragmented industry, leaves very little room for the informal garbage collectors known colloquially as the Zabbaleen.

So with those companies in place, we ask ourselves: What will happen to the Zabbaleen? The government is planning to integrate them into the system simply as employees working under private sector contractors. But waste collectors mainly rely on service fees and tips from households, as well as selling sorted waste to recyclers and manufacturers. All that may be put at risk, they believe, with the implementation of the new system, threatening a way of life that had been around since the 17th century.

It wasn’t always either one way or the other: The government had previously tried to turn to the private sector to put a structure to an already fragmented industry, but structural problems had gotten in the way. The process then mainly depended on over 7.2k waste managers and companies registered at the General Authority for Investment (GAFI), of which some are contracted with the Cairo Cleaning and Beautification Authority (CCBA). Those companies are in charge of and supervise Zabbaleen in certain areas. The latter would collect waste from households, factories and shops, sort it, sell recyclable goods — such as cans, plastic bottles and cartons — and then dispose of the rest.

So why did the government decide to do away with this middle ground? Mainly, because there was little oversight over the activities of the contracted companies and their operations. The companies that were contracted were mostly SMEs registered with GAFI, but they were not licensed and compliant with regulations from the Waste Management Regulatory Authority (WMRA), WRMA deputy head Yasser Mahgoub tells us. This regulatory entanglement, coupled with very little coordination between various agencies on how the system would operate led to the change, Mahgoub told Ahram Gate.

Zabbaleen actually handle a lot of garbage: Informal garbage collectors collect about 50% of municipal waste while the private sector contractors handle the other 30%, CEO of Nestlé Egypt Moataz Al Hout tells us. Nestlé had launched its DORNA initiative with CID Consulting and the Environment Ministry in October 2020, incentivizing garbage collectors to collect recyclable plastic in exchange for money. The remaining 20% is directly collected by municipal authorities of Cairo and Giza.

Now, the WRMA is planning to eliminate Zabbaleen as independent workers by making private contractors hire them. “We are trying to formalize an informal sector,” Mahgoub tells us. The authority is looking to oblige the private sector companies contracted by the government to hire WMRA-registered waste collectors.

A drop in the ocean: Greater Cairo has six informal recycling communities that are home to approximately 250k people, with around 95% of them involved in waste collection and recycling, Al Hout tells us. CEO of waste management company Reliance Investments Karim Elsabee says that about 180k families in Greater Cairo work in the waste management industry, but they now mainly focus on sorting, rather than collection. The decrease in collectors goes back to not allowing garbage collectors to have pigs anymore. A research paper published in 2015 suggests that there are between 50k-70k garbage collectors living in seven districts in Cairo.

So how is the WRMA attracting informal garbage collectors? Employment benefits, for one. The contracted company will compensate newly formalized garbage collectors for the waste they collect, based on its type and weight, and offer other employment incentives, depending on the company, according to Mahgoub.

Getting them to start their own businesses: Registered collectors will also get loans at lower interest rates to open SME waste management companies. This will be funded by the WMRA by collecting 25% of each governorate’s real estate taxes and 15% from the government’s Services and Local Development Fund, he says.

And how do informal garbage collectors feel about that? Not too well: Informal collectors mainly relied on service fees and tips from those households, as well as selling sorted waste to recyclers and manufacturers. If the household cleaning fees go to contractors under the new system, they will likely not pay tips to informal collectors, head of the Garbage Collectors Syndicate Shehata El Moqades says.

Selling sorted waste may be off the table: Most companies contracted by the government are responsible for recycling and disposing of waste. This would take away from one of the main income streams the informal garbage collectors have today. Currently, the Zabbaleen communities recycle over 80% of what they collect, Al Hout says.

Some private sector players agree with their argument. The monthly salaries offered by the companies may be much less than what they already earn, and it therefore doesn’t make sense for them to register for the scheme, founder and chairman of EnviroTaqa Metwalli El Noubi tells us.

Other initiatives from the private sector could make a difference: Nestlé’s EGP 11 mn DORNA initiative provides EGP 900 per collected plastic tonne to waste collectors, and since launching in October 2020 has registered more than 1.3k waste collectors and recycled some 15k tonnes of plastic. PepsiCo, Al Ahram Beverages, Unilever, P&G and Coke have also joined the initiative, making it likely that programs such as this may proliferate.

So what do the Zabbaleen want? The private companies should be responsible for cleaning and collecting garbage from the streets, while the garbage collectors should be responsible for collecting from households, El Moqades tells us. Only a few people actually go the extra mile to throw their garbage in publicly available trash cans in the street, he says. The companies can collect and sort the garbage that people decide to throw in the streets and in those garbage bins, while waste collectors focus on collecting and sorting garbage that comes from homes. That way, everyone gets to handle the garbage they collect, he adds. “But whatever the government wants, we will follow,” El Moqades states.