What are “crowding in” and blended finance — and why should you care? 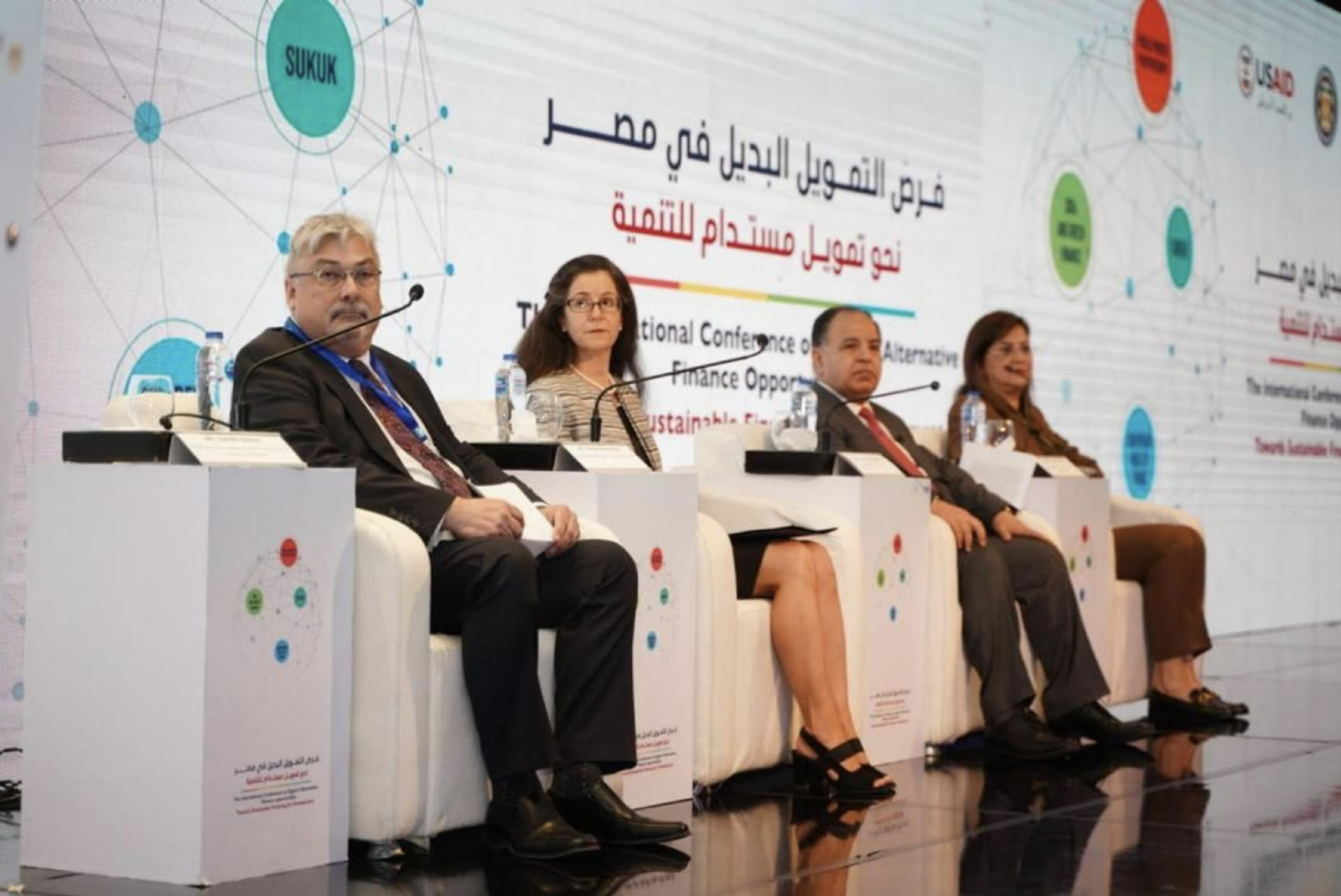 How will Egypt finance everything it needs to make Vision 2030 a reality? Speakers and participants at USAID’s Alternative Finance conference were thoroughly engaged and excited about the government’s plans to open up the economy to the private sector. But with so much to go as far as adapting to the challenges of Russian-Ukraine war, residual impact from the pandemic and meeting our Vision 2030 targets, much of the discussions revolved around how to fund these changes. Enterprise attended the event, which saw attendees including Planning Minister Hala El Saeed and Finance Minister Mohamed Maait, in addition to key private sector players and development finance partners.

They all tried to answer one question: How do we get the private sector to buy into Egypt’s development program?

The two buzzwords at the conference were “blended finance” and “crowding in”: Much was made in previous weeks on the importance of the state taking a step back from the economy, with President Abdel Fattah El Sisi mandating notherthat the private sector’s share in the economy should grow to 65% in three years from a current 30%. But this doesn’t mean the state is ceding its leadership on the economy. Instead, the state will help funnel private sector investments in the direction of Egypt’s Vision 2030 development goals. The consensus from the conference appears to be that this should be done through a mix of blended finance — think of what the state is doing with sukuks, green and development bonds — and the “crowding in” of the private sector, whereby the state’s resources drive private investment into a target sector.

Blended finance needs to focus on equity alongside — or even over and above — debt: The concept of blended finance, which is a big priority for the OECD, should involve equity mobilization, noted Paul Horrocks, Private Finance for Sustainable Development Manager at the OECD. Though debt has a key role to play in development finance, equity is also critical, Horrocks added.

So what can Egypt do to mobilize equity? A pipeline and simplified regulatory framework: By providing a pipeline of new listings, Egypt could draw more investment, Horrocks noted. While Egypt’s regulatory framework is robust, particularly compared with other emerging markets, it can sometimes be overly complex, he added.

Currently, 75% of investment comes from the public sector, noted Mark Ahern, the World Bank’s Lead Economist for Egypt, Yemen and Djibouti. The private sector needs a better enabling environment to spur investment, Ahern added, noting that the World Bank had identified in a late-2020 report several key issues that are holding back private investment.

What does Egypt need to focus on to spur further private investment?

The primacy of sovereign wealth funds in the era of crowding in: Sovereign wealth funds have been playing a key role in meeting development goals, particularly since the pandemic, with funds investing 3x what their private sector counterparts do in green financing, noted Ameer Toma, senior director of Global Sovereign & Strategic Investors at Fitch. By virtue of their raison d’etre, sovereign funds take a long view and have a strong presence in highly illiquid markets, giving them the firepower to lead on driving investments in areas of developments we need.

Ultimately, it boils down to the “G” in ESG: What sovereign funds bring to the table is the governance aspects of an investment. As they interact with global funds and sit on key international organizations, they are mandated to make sure investments are run under a good governance structure, Toma added.

Banking and heritage were highlighted as success stories of how the SFE is getting crowding in” right: The Sovereign Fund of Egypt’s partnership with EFG Hermes to turn around the Arab Investment Bank before the latter’s acquisition is a good example of this leadership role, Mostafa Gad, co-head of EFG Hermes Investment Banking said. The heritage tourism sector in Egypt was another beneficiary of crowding in, with projects such as the Giza Plateau redevelopment and the Bab El Azab transformation highlighting the leadership role of sovereign funds in attracting investment in an otherwise neglected sector, said Ahmed Shaboury, CEO of Torasna for Heritage Development.