Coastal erosion could cost Egypt USD bns and wipe out half our beaches this century. Are we doing enough to mitigate it? 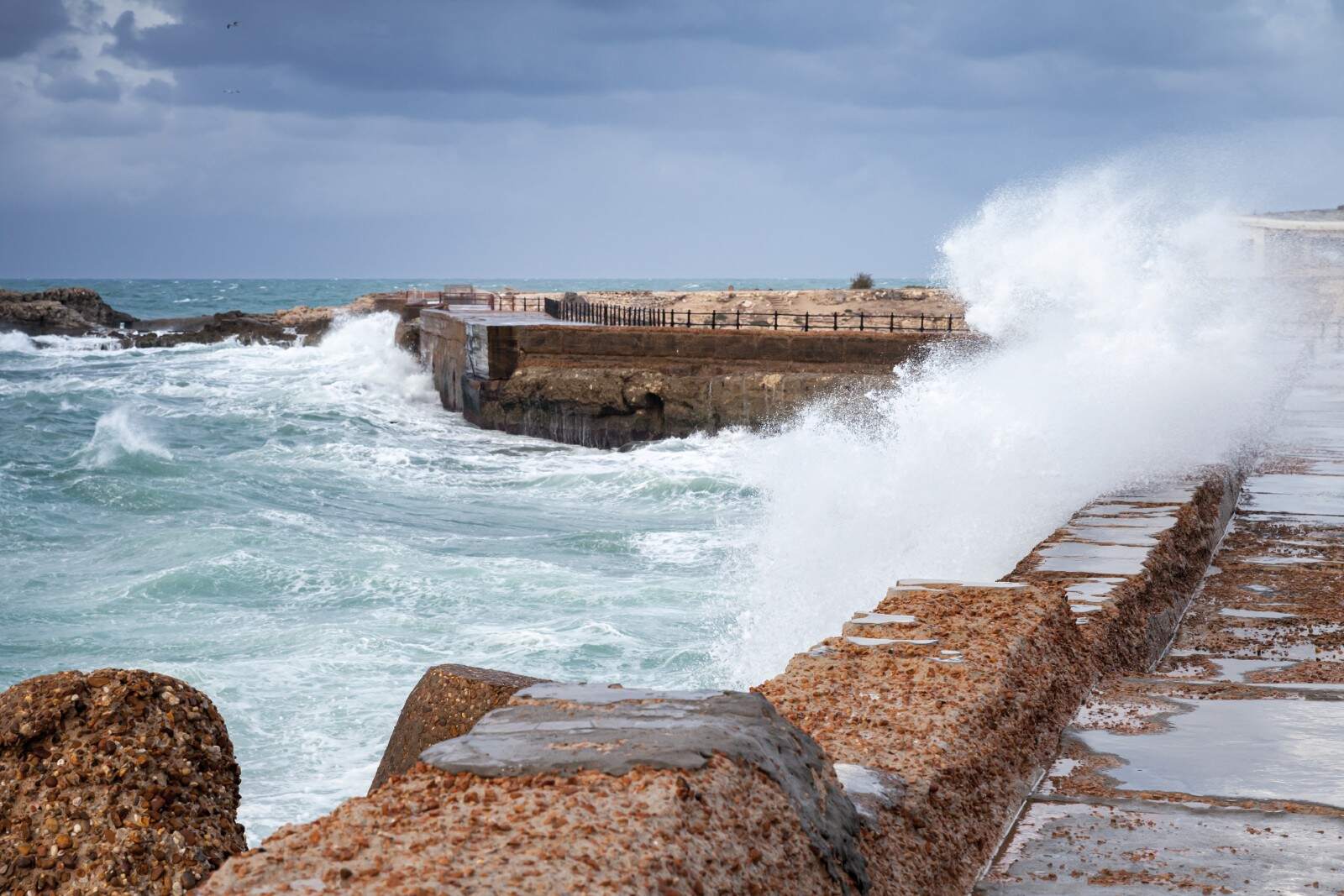 Coastal erosion could cost Egypt USD bns and wipe out half our beaches this century. Are we doing enough to mitigate it? Coastal erosion is a major issue for Egypt, particularly in Alexandria and the Delta, heightening our vulnerability to rising sea levels and potentially inflicting severe economic losses in the years ahead. The issue was recently highlighted in a report (pdf) by the World Bank, which examines the potential implications of erosion on tourism, industrial infrastructure, and residential communities along Egypt’s coasts if it continues unchecked.

How bad is the problem? Data cited in the report suggest that between 1984 and 2016, Egypt’s coastlines have eroded by an average 0.1 meters every year. Compare that to Tunisia, which lost 0.6-0.7 meters each year over the same period, and it appears that the problem isn’t as acute as other areas of North Africa.

But one dataset tells only one part of the story: Some stretches of Egypt’s coastline are more vulnerable to erosion than others. The geological make-up of the sandy beaches and deltaic coasts that line the Mediterranean renders them particularly exposed to rising sea levels, with one study categorizing 72% of Egypt’s northern coastline as being highly or very highly vulnerable. Another study looking at shoreline changes along the Nile Delta found that between 1990 and 2014, some parts of the coastline eroded by an average 10-21 meters per year. The problem was particularly pronounced where the Nile meets the sea at Rosetta and Damietta, which lost 25-36 meters on average each year.

The erosion rate has increased rapidly since the turn of the millenium: The number of hectares lost to the sea every year almost doubled from 1984-2001 and 2001-2018, according to findings (pdf) based on satellite data published in the Alexandria Science Exchange Journal last year. The delta coastline lost an average 78 hectares of land each year between 2001 and 2018, up from the 41.7 average over the previous 17 years, with Dakahlia and Kafr El Sheikh governorates seeing particularly large jumps in the rate of erosion.

Aswan’s High Dam is also one of the biggest culprits: The dam traps an estimated 90% of sediment, leaving downstream coasts and beaches “starved of replenishment by upstream construction,” the World Bank says.

Coastal cities are now at risk: Around 30% of Alexandria would flood should sea levels rise by just 0.3 meters (that’s marginally less than the current most optimistic scenario), according to the report. This would displace some 545k people and lead to 70.5k job losses. Port Said and other cities on the Delta coast are similarly at risk.

As are our beaches: One alarming 2020 study by the European Commission Research Center found that half of the world's beaches could disappear by 2100. When it comes to Egypt, that represents a best case scenario, according to the study’s lead author Michalis Vousdoukas.

All of this packs a substantial economic punch: Unchecked coastal erosion will likely bring significant costs in property damage, job losses, and lower tourism and tax revenues. The projected economic impact is difficult to measure on a nationwide scale, the World Bank notes. But it does say that coastal flooding in Alexandria alone — which hosts some 40% of Egypt’s industrial capacity, as well as being a tourism hub — could lead to annual losses of USD 504-581 mn by 2050. Meanwhile, sea level rises could hit beach tourism on the Red Sea’s Sahl Hasheesh and Makadi Bay with daily losses of USD 350k by mid-century, according to a study cited in the report.

Some concrete action has been taken: To defend against coastal erosion, Egypt has made use of both “hard” solutions, like widely-erected barriers or seawalls, and “soft” solutions like beach nourishment. In one example, five beaches near Alexandria were successfully “re-nourished” using desert sand, for instance.

Though not all of it has worked as intended: 15 groins were set up at the Rosetta promontory in the early 2000s, to mitigate erosion that had been accelerated by the Aswan Dam. But the groins inadvertently ended up accelerating sediment loss, with some segments of the area subsequently seeing erosion rates as high as 30.8 meters per year.

We need to make the jump from monitoring to mitigation: Egypt has been engaging stakeholders on integrated coastal zone management (ICZM) — which aims to collect data, conduct risk analyses, and plan comprehensive interventions to mitigate erosion — for decades. But while we have a strong record on data collection, we could be doing far more to take meaningful action, the report says. We need to scale up and enforce broad-based ICZM efforts — particularly when it comes to risk assessment and mitigation of erosion from development and infrastructure projects. We’re also one of 10 countries that isn’t yet enforcing a 2008 protocol (pdf), developed under the United Nations Environment Programme (UNEP) Regional Seas Programme, that calls on Mediterranean nations to enforce a regional ICZM plan.

There’s a big erosion defense project in the works for the Nile Delta: The Enhancing Climate Change Adaptation in the North Coast of Egypt project aims to develop 69 km of sand-dune dikes along the Nile Delta to protect from rising sea levels, as well as to establish a new, more comprehensive ICZM plan. Launched in 2017, some 70% of the project’s USD 105 mn cost will be shouldered by the Irrigation and Water Resources Ministry, with the rest to come from the Green Climate Fund. The United Nations Development Program is also a key partner. The seven-year project approved in 2017 is expected to directly benefit some 800k Nile Delta residents, and is an important pilot for ICZM schemes across the region, the report says.

And we’re exploring one interesting natural mitigation technique: Egypt launched a project in 2020 to plant mangrove nurseries over 200 hectares along the Red Sea coasts. The trees act as a natural coastal defense (pdf) by reducing storm damaging and trapping undersea sediment.