Our dairy farmers are feeling the heat 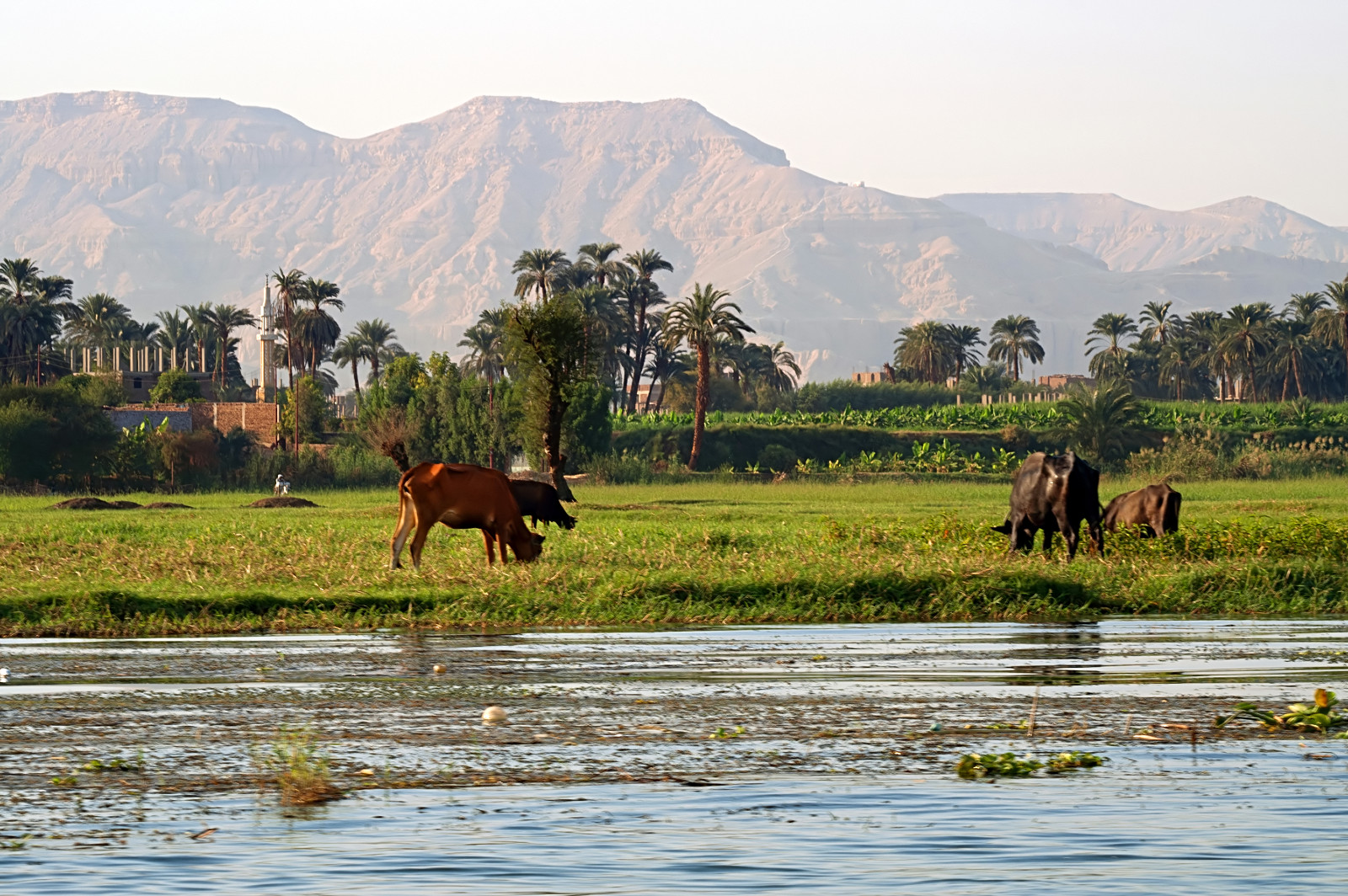 Climate change is threatening the future of our dairy farms. Extreme heat affects the growth, milk production, and reproductive rates of cattle. That’s bad news for small-scale Egyptian livestock farmers, who make up the bulk of the local dairy industry — and comes as some of them are already struggling to make a living as feed prices rise thanks to the global commodities crunch.

Dairy is a huge part of our agriculture industry — and demand is growing: Milk production is worth some USD 3.3 bn annually — making up a full third of Egypt’s total animal production sector and nearly 1.6% of the country’s total GDP, according to International Labor Organization estimates (pdf). Local cattle produce over 5 mn tons of milk every year, covering some 72% of the market’s needs, with imported milk powder covering the rest.

Small scale dairy farms supply more than 80% of all locally produced milk. They’ll need to up their production capacity to keep pace with the market, as our increasing population and rising demand for liquid milk in urban areas propels growth in the sector, the ILO says.

But hotter weather means less milk: Extreme temperatures expose all livestock to the threat of heat stress, which can suppress their appetite, lower their reproduction rates, and inhibit the functioning of their immune systems. Heat stress is especially worrisome for dairy cows, causing “a direct adverse effect on milk production, growth, feed intake, reproductive efficiency, and disease incidence,” according to a November study co-authored by Dr. Amira Goma, a member of Alexandria University’s faculty of veterinary medicine. Using the most recent estimates on population growth and expected temperature increases, the study’s authors predict that the availability of local milk could fall drastically in the coming decades. They predict milk production to stand at 26 kg per capita by the mid-2060s — less than half what it was in 2011.

Local dairy farmers told Enterprise that their herds are producing less milk as temperatures rise. “The most bothersome thing for breeders is the lack of production, and this has happened as a result of climatic changes,” Thabet Al Baqari, who owns Al Baqari farms, told Enterprise. He estimates that milk production drops by up to 10% in severe heat, adding that this year the impact was slightly more severe than last.

This summer was particularly bad for some: Mustafa Mohamed, the owner of Sheikh Mohamed dairy farms, expects milk production to decrease by 10-20% during hot periods — but this summer production dropped by more than half, he told us, adding that he hasn’t witnessed a similar rise in temperatures in twenty years. “Our farm production has decreased from 800 kg of milk to 300 kg of milk per day due to the heat and foot-and-mouth disease," Mohamed said.

Heat stress isn’t the only threat to the industry from climate change: Temperature increases also impact growing conditions for livestock feed, with any drop in production likely to lead to higher prices in global feed markets. Egypt imports more than 70% of its fodder, from markets including Brazil, Argentina, the US, and Ukraine. A hit to feed production on the back of climate change in those parts of the world would lead to higher input costs for our livestock farmers, former assistant deputy minister of agriculture and veterinarian Zagloul Khedr told Enterprise. Farmers respond to higher prices by reducing the amount of feed per animal — which has nutritional impacts that weigh on beef and dairy productivity, Khedr says.

And farmers’ margins are already being squeezed. Rising fuel prices on the back of the war in Ukraine and the strengthening USD have led to higher freight and transport costs for farmers, at the same time as feed prices have shot up, Khedr says. Al-Baraka farm owner Amr Magdy estimates that the price of corn has risen by more than 25% since the start of July.

Some have been forced to downsize or even shut up shop: Raising livestock in Egypt is no longer profitable due to the significant increases in input costs, Anani farm owner Ahmed Harbi told us, while several farmers said the price rises have prompted some to quit the business altogether. Mustafa Mohamed has reduced the size of his dairy herds to 70 head of cattle from 300. "We decrease the numbers year after year with the increase in costs, and there are farmers who stopped due to the lack of returns,” he said.

So how to address the challenges facing our dairy farmers? “The best coping response to these adverse climatic conditions is the development of resilient management strategies and the genetic selection of heat tolerant livestock species,” write the authors of the milk production study. Farm owner Al Baqari suggests managing the higher temperatures by increasing shaded areas, improving ventilation with fans in cowsheds, and making sure animals have enough water in periods of extreme heat. Khedr notes that making sure calves have all their vaccinations is key to stopping the spread of disease. Meanwhile, the government is working on boosting local production of feed grains in a bid to bring down the high import bill and insulate the industry from global cost pressures.

One climate-friendly solution: Drink less milk. Cattle farming is itself a contributor to climate change, the milk production study notes — meaning a decrease in livestock production “could reduce the anticipated temperature changes.” Plant-based dairy alternatives would need to see wider takeup as the population grows. That would “require the re-education of the Egyptian population about the value of alternatives to livestock in their diet and the provision of assistance for Egyptian livestock farmers who are willing to convert to more efficient methods of producing food for a secure future,” they write.