How are alternative construction materials being used in Egypt? 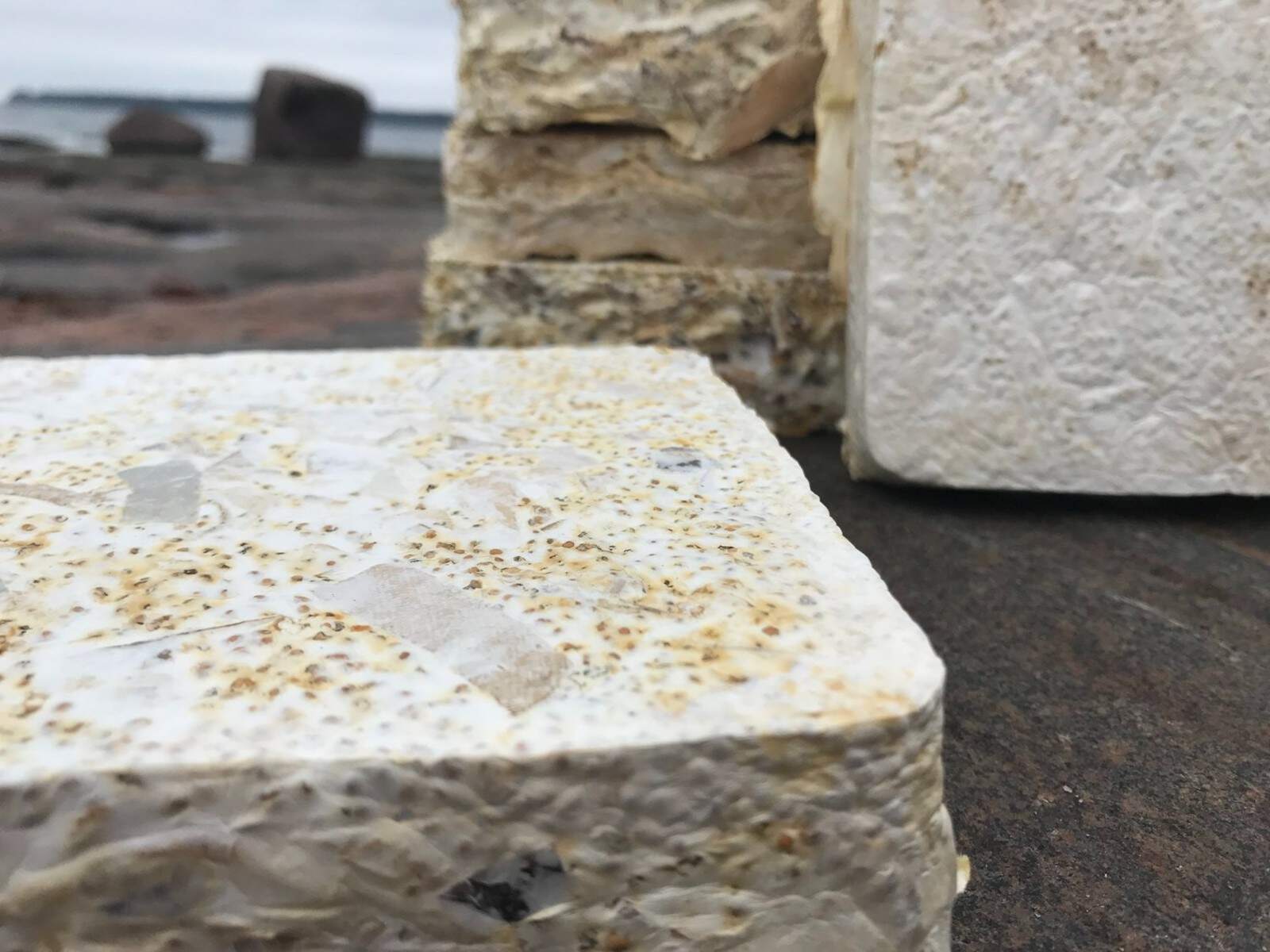 How are alternative construction materials being used in Egypt? In this multi-part series, we’ve looked at efforts being made by the construction industry to reduce pollution from materials. Some cement industry leaders have begun producing so-called ‘green’ cement. Other companies are seeking independent green building certification to track and reduce their environmental footprint, though with little real impact.

What exactly do we mean by ‘alternative’ construction materials? Definitions vary, but generally refer to two groups of materials. Natural building materials, like bamboo, rice straw, or mycelium (part of a fungus) are usually grown and harvested rather than mined and reformed. Industrially produced concrete-like materials or recycled plastic contain lower emissions than their benchmark competitors. For the purposes of this article, our focus is on natural building materials or unconventional uses of industrially produced ones.

Biotech startup Mycelium uses fungi to convert rice or wheat straw into an alternative material used for insulation panels, reducing plastic use, CEO Mohamed Fawzy tells Enterprise. It’s free of heavily polluting volatile organic compounds (VOCs), he adds. Using mycelium in construction has been gaining traction globally over the last decade. It’s manufactured using natural materials through a low-energy process, making it an environmentally-friendly alternative to plastic products like polystyrene, which is among the most commonly-used materials for insulation panels.

While social enterprise Hand Over follows in the tradition of architect Hassan Fathy, using compressed earth for low-income residential buildings and private developers, representatives tell Enterprise. Its main raw materials are sand, mud and gravel, supplemented with locally sourced materials like natural stones, they add. Using compressed earth for residential construction is an ancient Nubian technique, which architect Hassan Fathy famously intended to use at scale for low-income communities. In the 1940s, he designed New Gourna, a village near Luxor built entirely out of compressed earth.

Qubix adopts a different approach, with its innovative reuse of industrial steel: Qubix converts used shipping containers into structures that can be used as commercial or residential buildings, co-founder Youssef Farag tells Enterprise. Its construction process not only eliminates the need for conventional materials like brick and cement, but also means that steel containers whose ‘seaworthy’ lifespan has finished — each weighing 3-4 tons — aren’t put through energy-intensive recycling or left in a landfill. Qubix uses standardized local materials in its construction, primarily steel and wood, says Farag.

These businesses are growing: Qubix has delivered over 200 residential and commercial projects since it was founded in 2016, says Farag. Mycelium sells its insulation panels to two companies, who sell them on for use in B2C projects. Founded in 2020, it currently has seven clients in Cairo and Alexandria, and has attracted interest from big corporations including Sodic, says Fawzy. Hand Over has implemented six projects since it was founded in 2016, its representatives say. KarmBuild has completed six buildings since its 2014 founding — two more are currently under construction — and provided design and consultancy services on a host of others, says Kafrawi.

And have already scored some major projects: KarmBuild’s major projects include the KarmSolar operations and maintenance center in Bahariya, along with residential, agricultural and hospitality developments in rural areas around the country, says Kafrawi. It has recently launched a new series of developments closer to Cairo, in areas like Sheikh Zayed, he adds. Qubix completed The Drive, a large-scale drive-through unit housing restaurants and coffee shops, six months ago. It’s currently building a private family compound in Sheikh Zayed with 12 small villas made out of containers, Farag says. Mycelium has secured over USD 65k in funding from Flat6Labs.

But market adoption is still relatively low: Startups like Qubix and Mycelium are highly innovative, but within the Egyptian market as a whole, they aren’t widely used, says Khaled Tarabieh, associate chair of AUC’s architecture department.

The sector’s contribution is a drop in the ocean: Egypt’s construction activity is dominated by large projects like Ora Developers’ EGP 100 bn residential complex, a Fitch market report said last year. Qubix has an estimated 75% share of the shipping container construction market, estimates Farag, but it’s much harder to measure its overall construction market share. “I really can’t even put a number on it, because Egypt’s construction market is one of the biggest in the world. Companies are building entire cities and a monorail. Compared to that, we could be a grain of sand in the desert.” Mycelium will be competing to supply insulation panels with companies like Insutech, which has 100+ clients in Egypt (pdf), or Egypt’s Beta Company — whose 100+ clients include construction giants Orascom, Cemex, and Italcementi.

The question is, can this change? Comparing the growth of startups with established businesses is obviously challenging. But if we want to assess whether it’s really possible to lessen pollution through alternatives to traditional heavy polluters, the issue of market penetration matters. So whether the innovative approaches of this handful of small businesses have the potential to be adopted at scale becomes the key question to answer.