Scholarship providers require students to work in Egypt after their degrees — how does this pan out in real life? 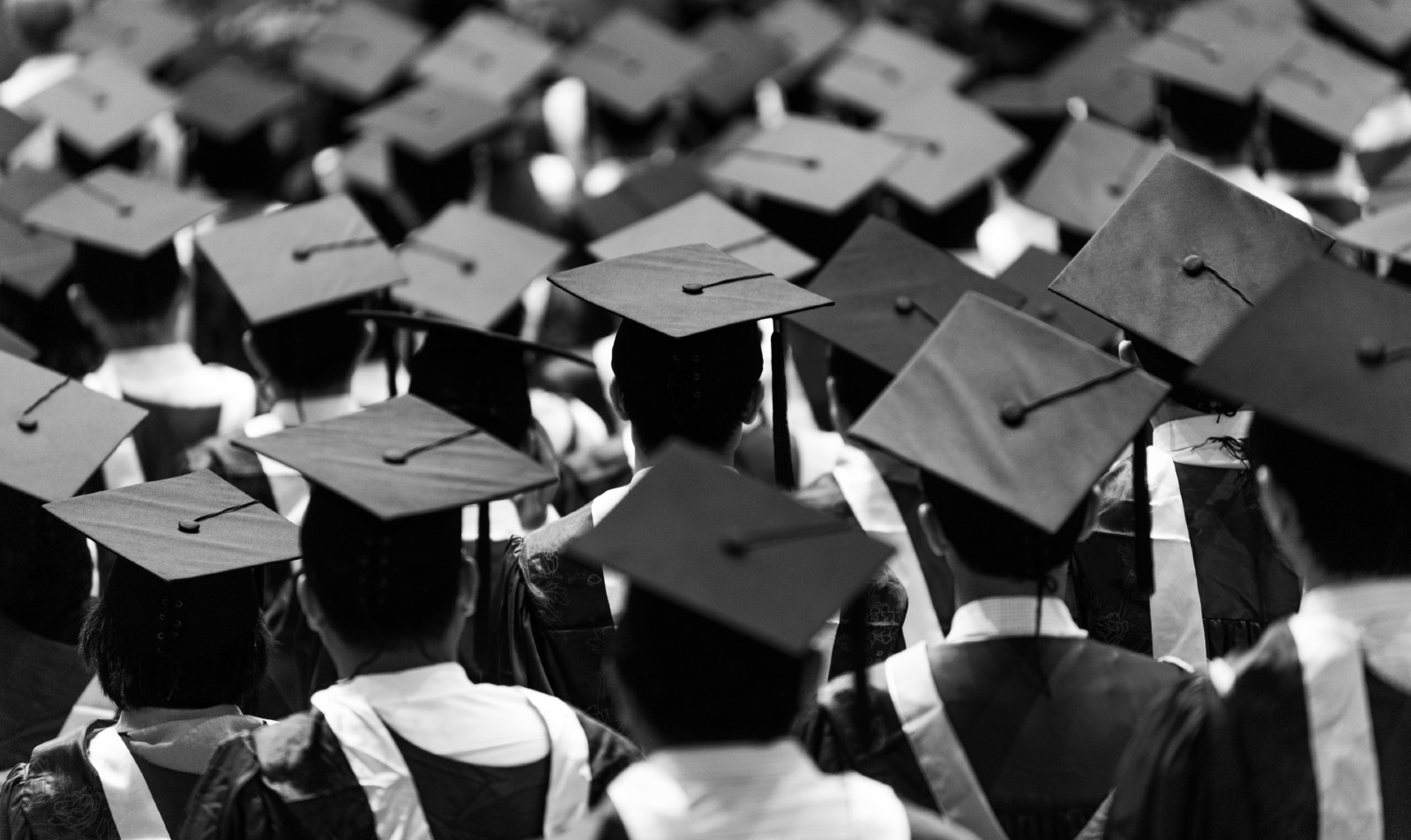 How do scholarship providers ensure that Egyptian scholarship recipients come back after completing their degrees? Several companies and organizations that offer scholarships to Egyptian students pursuing undergraduate and graduate degrees either abroad or here at home stipulate that scholarship recipients return to Egypt to work for a minimum two- or three-year period after completing their studies. Do students actually fulfill this requirement and return to Egypt? How do organizations implement this requirement? Enterprise spoke with several of these institutions providing scholarships, as well as previous scholarship recipients, all of whom confirmed that, while there isn’t a formalized or legal framework to implement the requirement, the broad majority of students do come home as part of a “social contract.”

Why is this condition in place? Representatives we spoke with from different scholarship providers agree that the idea is to support the growth and development of high-caliber individuals who can contribute to Egypt’s development by pursuing quality education abroad and implementing their learnings here in the domestic market.

There are some exceptions, though: The foundation has recently added a condition in the contract between the foundation and the scholarship recipient that allows the student — after receiving explicit approval from the foundation and the university they are studying at — to remain in the country where they are studying for one year post-graduation, Senior Programs Officer Hadeer Mohamed told Enterprise. This is possible under the US’ Optional Practical Training (OPT) Program, which allows students on an international student visa to get temporary employment for 12 months as long as it is directly related to the student’s area of study. The foundation decided to allow for this scenario to better equip students to join the labor force, Mohamed said. The Chevening scholarship also allows for certain exceptions, including allowing students to spend two years in a third country in extenuating circumstances making their return to their home country impossible, such as open conflict.

Remember: The number of Egyptians studying abroad isn’t exactly negligible — and has been on the rise over the past two decades. As of 2018, there were nearly 39k Egyptian undergraduate and graduate students studying abroad, according to Statista data. Nearly half of those (16k) pursued their tertiary education degrees in Western Europe and North America. These figures have been growing steadily over the past two decades, nearly tripling from 8.8k students in 2000 to 34.9k in the 2017-2018 academic year, according to UNESCO data (pdf). These students would be a loss to the local market if they didn’t come back to contribute to the Egyptian market in some way, one scholarship provider representative who asked to remain anonymous told Enterprise.

So how do scholarship providers actually ensure students come back? For the Sawiris Foundation for Social Development, undergraduate students who receive a scholarship from the foundation are required to work in Egypt for three years after graduating, while graduate students need to work in Egypt for two years after completing their degrees. This requirement applies to all scholarship recipients, regardless of whether they pursue their studies in Egypt or abroad, and is stipulated in a written contract that all students must sign, Mohamed told Enterprise.

There is legal recourse — although it doesn’t appear to be popular: If a student appears to be circumventing the requirement to work in Egypt for the two- or three-year period required by the Sawiris Foundation, the foundation goes through a “long period” of warnings and negotiations with the student, Director Mays Abou Hegab told us. It is only once the foundation “has exhausted all options” that it pursues legal action against the student, she said. The scholarship provider representative who asked to remain anonymous said the same, noting that the provider can take legal action against students who violate the return condition, but typically pursues all other routes to avoid going to court. The provider instead tries to rely on emphasizing the “social contract” and social obligation aspect of the agreement to instill a sense of personal responsibility and make students return and contribute to the country’s economy willingly, our source said.

Some providers, such as Chevening, require students to reimburse the organization for the scholarship if they violate the terms of the contract, according to a copy of the 2019-2020 contract reviewed by Enterprise. Students who fail to return to their home country for two years after completing their degree are legally required through the contract by returning any financial support the organization provided, including tuition fees and stipends.

And in any case, the broad majority of students opt to return: Since the Sawiris Foundation started implementing the condition of return in 2018, more than 90% of students have obliged, Mohamed said. “There have been maybe two cases where the students did not return to Egypt,” Mohamed and Abou Hegab confirmed.

This partially goes back to that personal responsibility: “I wouldn’t have been able to pursue my studies abroad if it weren’t for Qalaa Holdings’ scholarship because business schools are extremely expensive,” Omar Taha, who recently completed his master’s degree at London Business School and returned to Egypt, told Enterprise. Although he doesn’t believe that Qalaa would have pursued legal proceedings against him if he hadn’t returned, Taha noted that there is a “social contract” between him and the foundation.

But there are outliers — and not all students agree with the condition in the first place: The condition is “not studied well, impractical, and not in the students’ interest,” one Chevening scholarship recipient who asked to remain anonymous told Enterprise. “The one-year master’s program is very work- and cost-intensive, and doesn’t give students a chance to apply their learnings,” she said. The source also tells us that there are other students she knows of who chose not to return to Egypt and instead pursued agreements with their universities to conduct research or gain other employment and remain in the UK. She is considering returning to the UK again after fulfilling her two-year employment term in Egypt, which she is fulfilling to make sure she is not in violation of her contract.