Is a new authority the golden ticket to an effective vocational schools system in Egypt? 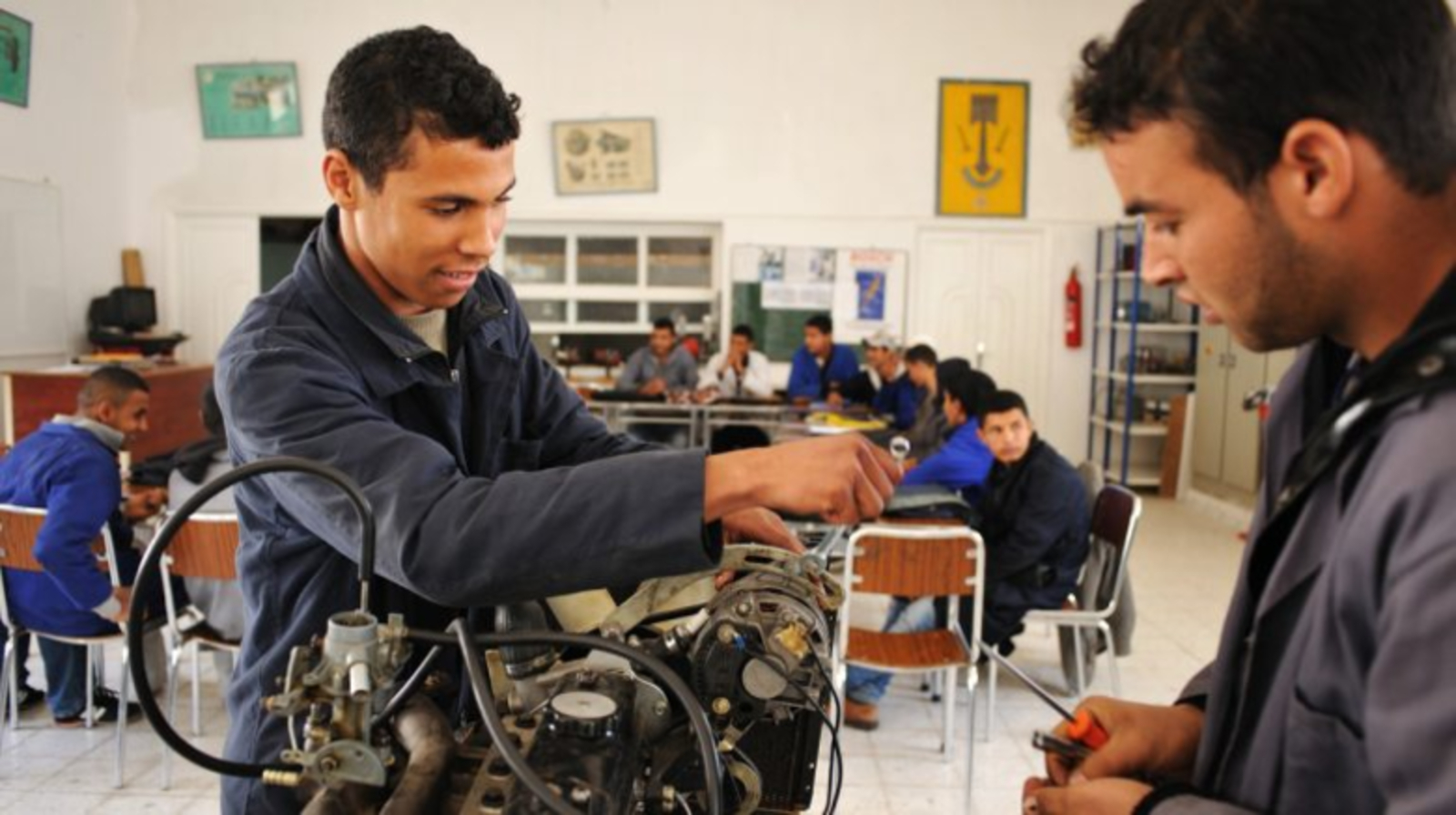 Is a new authority the golden ticket to an effective vocational schools system in Egypt? As the job market grappled with a chronic shortage of key skills, the Education Ministry set about developing a long-term strategy centered on vocational schools. The strategy will see the government developing existing vocational schools and building some 100 new modern schools in cooperation with the private sector through 2030. Among the conditions set for private sector school operators: Earning accreditation for their institutions from international bodies. But with covid-19 slowing down or altogether derailing this process, the ministry forged an alternative path by establishing a local accreditation authority for technical learning and training programs, a bill for which the Madbouly Cabinet greenlit in September.

Private sector operators we’ve spoken with are keen on the idea as a potential way to streamline the procedures to set up a vocational school but remain wary that the authority will become another bureaucracy nightmare. The authority’s establishment is “an important step” in the development of the country’s vocational education system, and can help the system more effectively churn out students who meet the job market’s needs, El Araby Group Vice President Ibrahim El Araby tells Enterprise. El Araby Group operates an applied technology school.

Part of the government’s plan to develop vocational education is to give operators a specialized body whose main focus is vocational schools. Before the establishment of the authority, the Education Ministry’s National Authority for Quality Assurance and Accreditation of Education (Naqaae) was responsible for accrediting all types of schools, including technical and traditional ones. The new authority is meant to play the same role only for vocational schools, which in theory should streamline procedures, including receiving accreditation, Deputy Education Minister for Technical Education Mohamed Megahed tells Enterprise.

The authority is setting a quality control framework and standards with assistance from Germany’s Federal Ministry for Economic Cooperation and Development (BMZ). This includes the curricula, study systems, and all other aspects of the educational process, Megahed tells us. Germany is also helping Egypt with the development of its vocational education system by supporting the establishment of an academy to train teachers for vocational schools, according to BMZ’s website.

Government schools and private institutions, which will both be under the authority’s oversight, will have five years to meet the authority’s quality standards and obtain accreditation once the bill establishing the authority makes it through the House of Representatives and its executive regulations are published. According to Megahed, the new authority aims to accredit 2,500 schools. This is a significant increase from the 35 technical schools that are currently accredited.

In addition to providing accreditation specifically for vocational education institutions, the authority is mandated with focusing on encouraging PPP schools set up as part of the government’s strategy to develop the technical education and training sector in Egypt until 2030, Megahed tells Enterprise.

The authority is being given independence from the Education Ministry in terms of funding, and will report directly to the cabinet, instead of the ministry. The majority of the funding will come from fees it will charge private vocational schools for accreditation, but international partners such as the Italian Debt-Swap Fund along with future partners such as the German Development Agency (GIZ), the European Union, and USAID could also give a helping hand in the future, according to Megahed.

The private sector sees the value of encouraging vocational training but has been seeking incentives and a more streamlined process that cuts red tape to really get on board, Federation of Egyptian Industries board member Mohamed Saad Eldin had told us previously. The government is looking to sweeten the terms by offering tax exemptions that partner with the Education Ministry, Megahed tells us, but Saad Eldin had suggested that incentives alone cannot offset the burden of the red tape.

So the possibility of this new authority creating another level of bureaucracy remains a concern for private sector operators we spoke with, who still have questions about the new authority’s efficacy. This body is a step in the right path but its effectiveness cannot be determined before the announcement of the actual mechanisms that will be adopted by the new body and the curriculum and education system, Hanan Rihani, executive director of ElSewedy Academy tells Enterprise.

Is the new body even needed? Not so much for established schools: For El Sewedy, which already operates two academies that obtained the international accreditation certificate from the German-based Technical Inspection Association (TUV NORD), and has enough experience in developing curricula, the authority might not have a lot to offer. But for newcomers to the vocational education game, the authority can actually be a major help, Rihani tells Enterprise.

But new operators likely don’t have the know-how to design a program, and would need the authority’s guidance in setting up its curriculum and study programs, says Khaled Hassan, director of development at Egypt Gold School, the first jewelry design and manufacturing school in the country. This guidance would help make the authority a beneficial part of the system for private sector operators, Hassan tells Enterprise.

And it’s not just about book learning — these schools also need to teach soft skills: ElSewedy has used its long experience to provide extracurricular activities for students to enhance their professional skills and model their behavior and personality, including courses in business ethics, cost reduction, interpersonal skills, International Computer Driving License (ICDL), and English language (both general and technical) accredited by the University of Cambridge.

This is why the government is not stopping at building schools: The strategy also aims to transform the learning process through a competency-based curriculum, train teachers at accredited bodies, and adapt work-based learning policies. In 2019, the Education Ministry had already launched competency-based curricula in 36 schools, followed by 12 others in September 2020. The plan is to have all technical education schools following them by 2024, Megahed says. In tandem, the ministry trained 400 trainers who then went on to train 3,200 teachers.

The bottom line: Private sector operators are still in wait-and-see mode when it comes to the new authority. While the government intends for the authority to encourage more private players to get in on the PPP framework for vocational education, the authority itself can only prove its value once it is established by making procedures easier, rather than fall into the same bureaucratic traps that it has been created to fix.