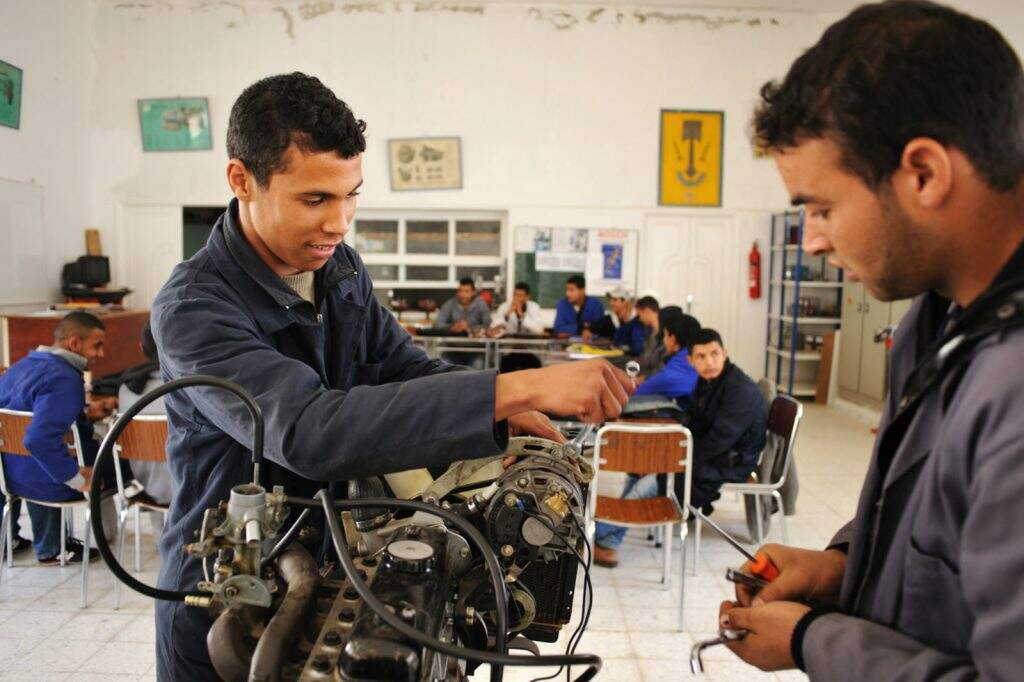 The aim is to get them up and running quickly: Four of the six new tech universities should be ready to accept students in September 2021, El Hayawi tells Enterprise: Assiut, Luxor, Borg Al Arab and 6 October.

And by 2030, a total of 14 tech universities will be set up across the country as part of the government’s Vision 2030 plan, adds Mohamed Helmy El Ghar, head of the Supreme Council of Private Universities.

The push towards tech universities also entails encouraging students to enroll, which is the mandate of Egypt’s first tech syndicate — whose establishment Cabinet formally approved last month, says El Hayawi. The syndicate is responsible for promoting a “cultural shift” towards pursuing technical and technological specializations in higher education, he says.

And a push for more private sector participation and internationalization: The hope is that university curriculum reforms will encourage private sector investment in the education sector, says Higher Education Minister spokesperson Adel Abdel Ghaffar. Leveraging international partnerships is designed to meet the same goal. One of the new tech universities has entered into a partnership with a South Korean university, to localize tech expertise, as private universities in Egypt do, Abdel Ghaffar tells Enterprise.

Taking their lead from the government, private universities are following suit by introducing new tech specializations. Egypt’s private universities are also introducing new specializations and disciplines, with a focus on practical training, Sarhan tells Enterprise. The cost of establishing new technical or scientific colleges is significant, though ― each one might cost EGP 500 mn because of the laboratories and training facilities that are a Higher Education Ministry requirement, estimates Sarhan.

But tech isn’t the only area of higher education that’s expanding. With growing demand and investment interest — including in governorates outside urban centers — the government is working on setting up more local universities. Three new local universities ― King Salman University, Al Alamein International University, and Al Galala University ― started admitting students in September 2020. Mansoura International University is on track to open in the coming academic year, says El Ghar. And more local universities have been granted approval, according to El Ghar, one of which El Hayawi says is a new establishment in Helwan.

Also still playing key roles in the ministry’s plans: Developing Egypt’s health system — in which university hospitals play a “key” role, El Said said — and expanding scientific research. The reliance on university hospitals became particularly evident since the onset of the pandemic, as many were set up as dedicated quarantine facilities. And with the national healthcare system needing all the support it can get, the need for increased investment in equipment, manpower and training in university hospitals is clear, argues Mohamed Kamel, professor at Alexandria University’s Faculty of Medicine, in an Alexandria Journal of Medicine article.