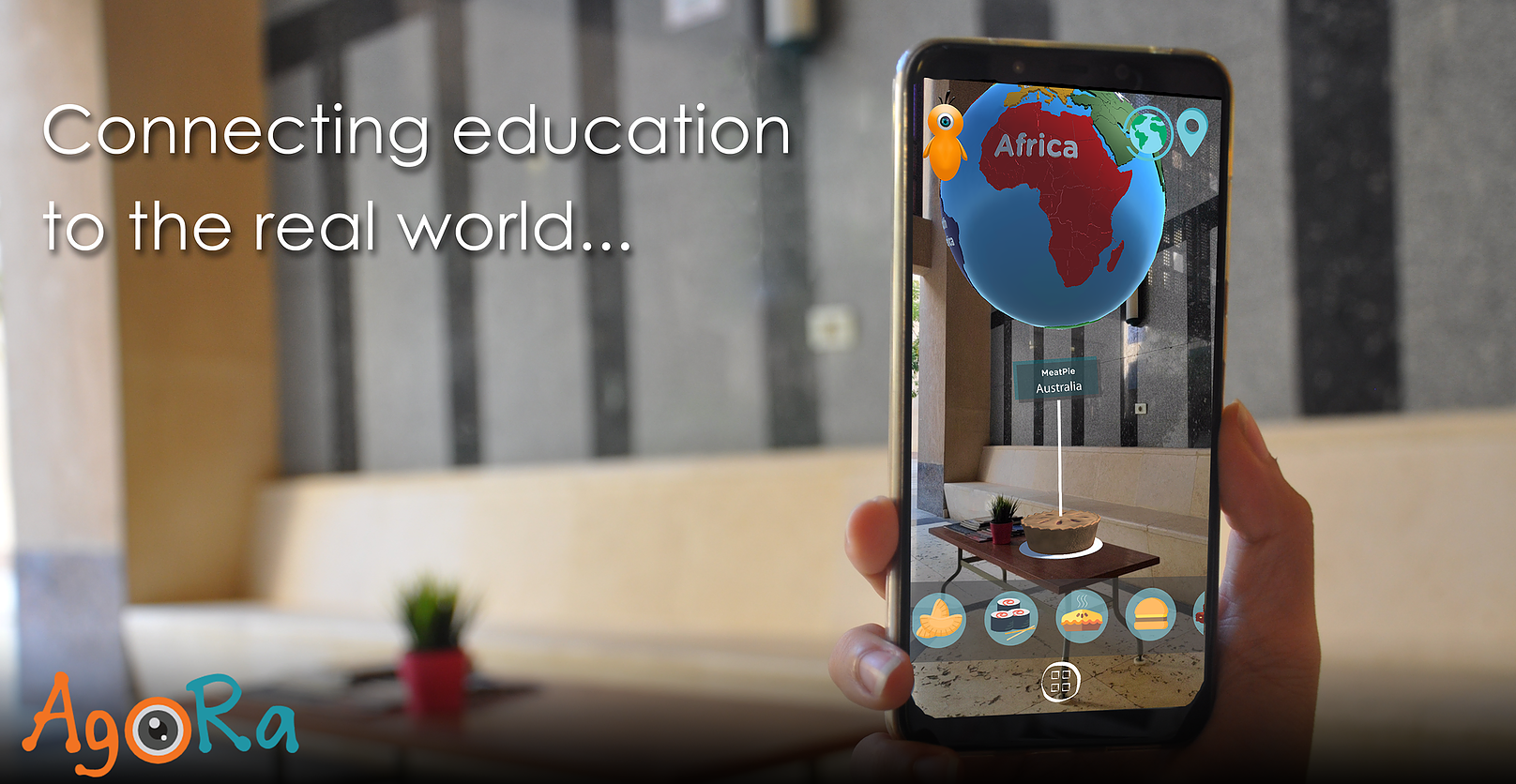 How Egypt’s edtech startups can help tackle its education system’s problems — if they can land the right funding: Egypt’s public education system has over-crowded classrooms and insufficient funding — and faces charges that it does a poor job of preparing students for the demands of the workforce. To tackle these issues, the Education Ministry’s reform plan is looking to improve (among other things) test scores on key science, technology, engineering and math subjects — and to bring new technologies into the classroom. Higher Education Minister Khaled Abdel Ghaffar has made improving access to scientific research a priority for his ministry, while CIT Minister Amr Talaat told Enterprise in an interview last year how his ministry is looking to develop business-critical tech talent.

Enter Egypt’s education technology firms (commonly referred to in the Tech Brotopia as edtech) — startups that develop online platforms, curriculum and, sometimes, hardware to provide education services. These firms range from providing online tutoring to cataloging scientific research to bringing AI and augmented reality to the classroom. We had chats with a number of startups in the field to get a sense of the industry in Egypt today and where it may be headed.

We’ve found a sector that is struggling to attract capital in a crowded startup space. While Egypt attracted 22% of all MENA VC funds deployed in 2018, according to Magnitt, very little of it went to edtech startups. By our count, only three Egyptian edtech startups — Orcas, Colnn and Career 180 — landed investment this year.

Undeterred, edtech entrepreneurs and investors see a window in their still-nascent sector. “Edtech in Egypt has great potential growth opportunities as it is underserved and not fully tapped yet,” Dalia Ibrahim, founder of Edventures, tells Blackboard. “Trends and technologies such as AR, VR, AI, robotics and blockchain have tremendous impact on the learning process and are expected to have significant growth worldwide — and present remarkable growing opportunities for startups in Egypt.” Ahmed El Kalla, founder of NFX Ventures and one of the investors in Saudi-based online learning platform Noon Academy, says that the potential for edtech startups and specifically online tutoring in Egypt is huge. He points to how Noon Academy attracted around 500k students in Egypt in less than a year since they launched here.

Online tutoring is proving to be one of the biggest trends in Egyptian edtech: For decades, Egypt’s congested classrooms have driven students into the arms of private tutors. Egyptian families spend an average of 42% of their annual education budget on private tutoring, according to a 2010-11 CAPMAS report picked up by Ahram Online. Some 44% was spent on school tuition. Our look into the rise of the college prep industry shows just how high demand for these services are. There’s also special needs children, who are underserved in the education system, not to mention children who are homeschooled, notes El Kalla. Edtech companies are seeing opportunities in the inefficiencies of the tutoring market, whether that’s on the actual tutoring / curriculum delivery side or helping customers reach better service providers.

On the tutoring side, we have Nafham, an online platform that crowdsources unpaid short educational videos tailored to the national courses and curriculums of the region. Nafham expanded fast since its founding in 2012. With over 1 mn registered students, the startup covers national school curriculum subjects of Egypt, Syria, KSA, Algeria, Kuwait, and the UAE. The platform also offers “Nafham Mubasher” which is an online private tutoring / coaching service as well as a Q&A discussion platform for students to ask their study-related questions to teachers. The company graduated from the Flat6Labs Accelerator and raised USD 80K in funding over three rounds, according to Crunchbase.

Other platforms, like Orcas, are there to help parents decide the right fit for their child. Founded in 2013 as CairoSitters, the app helps parents choose from a network of tutors and babysitters nearby who would then conduct an online or at home tutoring session. The startup has offered more than 36k sessions in 2019 and is planning to expand to other countries in the region, CEO and founder of Orcas, Hossam El Taher tells Blackboard. The startup raised USD 500k in pre-series A funding round last June led by Algebra Ventures and joined by NFX Ventures. Orcas has previously raised USD 150k from Khaled Ismail, Kamelizer, and Cairo Angels, according to Menabytes.

Then there’s the issue of educating the next crop of tech talent, which Almakinah hopes to tackle through bootcamps that teach coding and programming to prepare them to become qualified web developers. The startup was incubated by AUC V-labs and won a trip to Silicon Valley after its first pitch at the RiseUp Summit 2016, according to Startup Scene.

One startup looking to tackle the problem of the lack of access to scientific research equipment and labs is Nawah Scientific. The company wants to be both a platform that provides researchers access to lab equipment and a lab assistant helping conduct the experiments. Researchers provide the samples, and Nawah will run the tests and deliver the results. “Some regional universities laboratories are very poorly equipped,” founder Omar Sakr says. The company helps fill this void, while providing savings to the researcher on costs, he added. The startup recently landed in second place at Jack Ma’s Africa Netpreneur Prize, taking home a USD 150k grant and receiving USD 1 mn in a pre-series A funding round led by Endure Capital and joined by 500 Startups, Averroes Ventures, Egypt ventures and other individual investors, according to Menabytes.

Meanwhile, Agora is looking to make classes more engaging with augmented reality. Founded by former teachers, the company developed a gamified mobile app that interacts with real life objects and pulls up facts on the object. Think Terminator vision or Batman’s analyzer goggles. “The reason we developed this application is that we as teachers were not comfortable with the idea that we have to explain books that are irrelevant to the students and not engaging to them,” Mohamed Rizkallah, CEO of Agora tells us. Agora was recently awarded the first prize of EGP 250k in a Nawah 2019 competition as well as the first prize of USD 50k at the Vested Summit 2019 most powerful social impact startups.

There’s plenty of opportunity, but VCs seem slow to catch on, startups claim. “Our main barrier is funding,” Nawah Scientific’s Sakr says. “Investors at the beginning did not believe in what we were doing. They would tell us, ‘what you are doing is good but we are still afraid to invest in it.’ Investors in the region are more programmed to understand and invest in e-commerce and transportation,” he added. Even Nafham had to turn into an NGO partly because of difficulty in funding, according to Wamda.

On the other side, some investors point fingers at the lack of creativity of startups: “The ideas offered by current startups aren’t quite innovative, as most current companies present very similar solutions,” Edventures’ Ibrahim says. “Startups still lack the ability to properly combine knowledge and pedagogy with technology. We need more ideas and innovative solutions that can effectively enhance the education sector.”

Other challenges include the regulatory environment and social acceptance: “Education is a highly regulated sector, so the regulations are not always flexible and don’t always allow experimentation,” says NFX Ventures’ El Kalla. “Also, parents usually have a psychological barrier so their appetite for risk is very low. When it becomes mainstream, people will get encouraged. It will take time but we will get there,” he notes.

Nonetheless, edtech is much more than a passing fad. A 2016 report by EdTechXGlobal (paywall) estimates that the global edtech market is expected to grow by 17% annually, to USD 252 bn by 2020. Many of the fundamentals and problems driving the sector’s global growth are mirrored in Egypt, including a relatively large youth and school-age population and the growing need for tech talent. Despite the challenges, Egypt’s edtech startups are proving that they are trying to find new solutions to tackle the same problems the government is facing. The hope is that they will one day thrive, instead of simply surviving.