As the debate over back-to-school intensifies, Egypt’s private schools prefer a transition back to the classroom in the fall 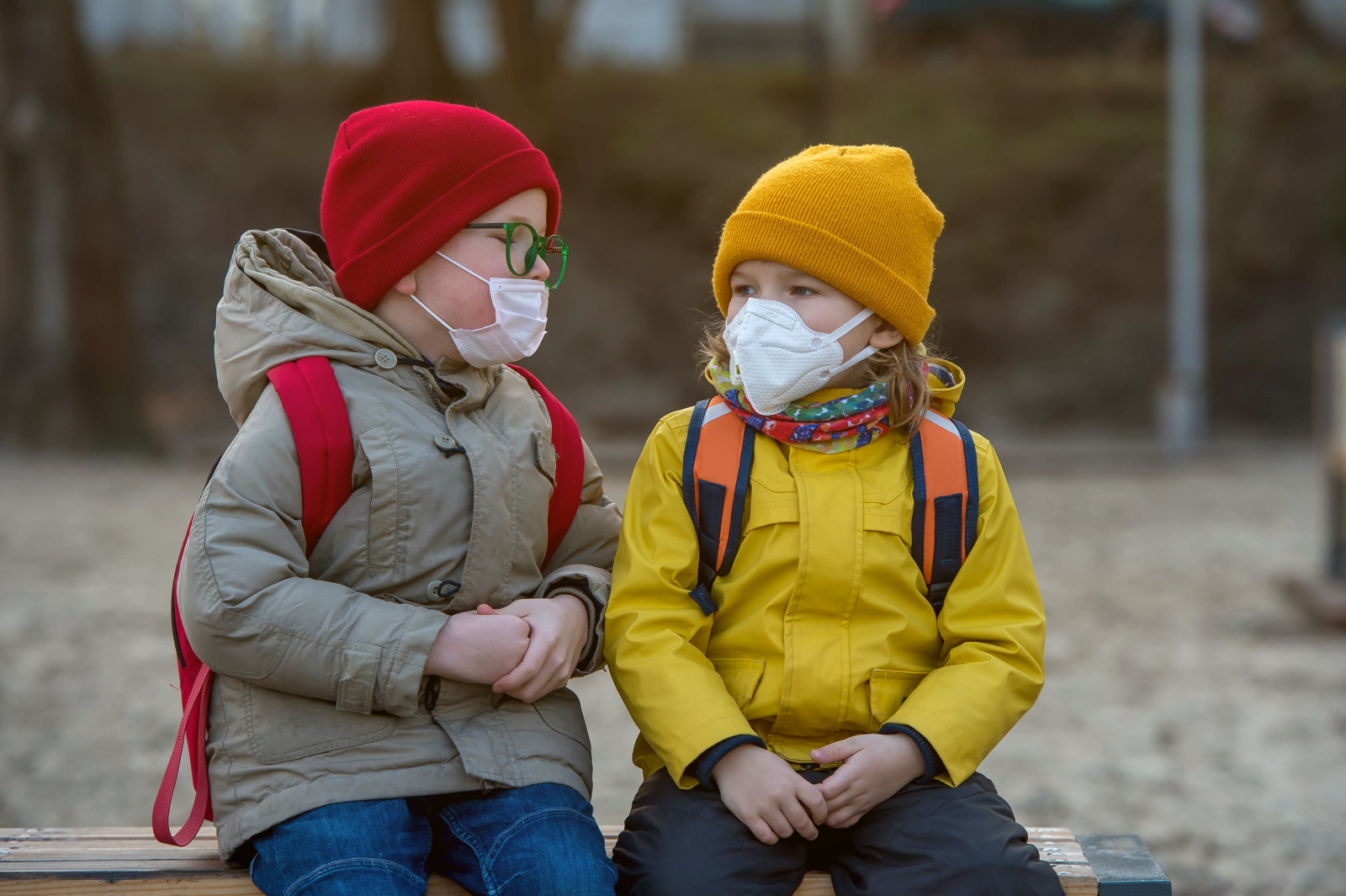 As the debate over back-to-school intensifies, Egypt’s private schools prefer a gradual transition back to the classroom this fall: With the government continuing to signpost an easing of lockdown restrictions after Ramadan, parents and school operators are looking for clarity on how it plans to reopen the nation’s schools. Last week Education Minister Tarek Shawky gave us the first glimpse of how the government may manage the transition, telling MPs that the ministry was considering rotating students in public schools. Under the proposal, students would be split into three groups, each of which would spend two days in the classroom and four days learning from home. While the minister was quick to clarify that this was merely a proposal and isn’t yet policy, it has fueled debate over what the best course of action is.

If we cannot open up schools fully, some classroom work is better than none at all, say schools: Among Egypt's private sector players, the prevailing consensus is that if they cannot get schools to fully open, a mixture of classroom and home learning is better than working fully online. “We’d love to open fully if it is safe to do so, but if it isn’t, a hybrid model would be the second best thing,” AIS Director Kapono Ciotti told Enterprise. What shape that will take will depend on many different factors, including health and safety (both from the virus and long-term risks from being at home), which grades are involved, costs, and impact on operations. And while all of them tell us that they are preparing for all possible scenarios, they will need to hear the government’s direction by August at the latest to be able to successfully implement it.

What approaches are private schools exploring to implement hybrid learning?

Spreading the students out: Should we go to hybrid learning, the prevailing opinion in schools such as AIS is prioritizing efficiency by spreading students around and ensuring safe distances between them. AIS’ current thinking is that the easiest solution would be to have 50-70% of students in a classroom at a time, says Ciotti. If 66% or two-thirds of the class are in, any one student is out only one or two days a week, which would be much better than having them come in every other day, he said. Within the classrooms themselves, AIS is planning for each student to have four sqm of personal space. This will allow between half and two-thirds of classroom sizes to take place. The school is also considering maintaining distances in hallways, in lunch, and recess. He stressed that this is one of several ways the school is looking into to implement hybrid learning, and has not yet made a decision for now.

Prioritize the younger students: For operators such as CIRA, it is imperative that hybrid learning prioritize classrooms for younger students. “For me, I want the maximum classroom time for students from KG to grade six,” CIRA CEO Mohamed El Kalla tells Enterprise — an opinion shared by many, including the Education Ministry. Students in this age group are most in need of both professional educators and interaction with their peers. Beyond the sixth grade, the teacher’s role is more of a facilitator, El Kalla says.

A variation on the ministry’s proposal to rotate students: Other private schools operators are taking the Education Ministry’s lead on the matter, and are recommending some version of its suggested rotational system. “As the private sector has smaller classroom sizes than the public sector, I would recommend that students in each school be divided into two groups attending classes at school for two says out of the week,” Badawy Allam, a vice president of the Private School Owners Association, tells us. Allam also recommends that private schools consider a third day when students engage in physical activities and lessons outside the classroom as a means to mitigate the physical and mental health impact of the prolonged lockdown.

School operators look abroad for lessons on implementing hybrid learning: Schools such as Gems and AIS are paying attention to what their sister schools are doing, Ciotti and Gems Egypt CEO Ahmed Wahby tell us. “Our campuses in China and Lebanon are essentially in the same position we are. We’re in regular touch and looking at one another to see what lessons we can learn,” said Ciotti. The UAE’s Education Ministry, which is only considering a hybrid transition if infection rates start declining, is initially looking to return 30-50% of students to the classroom — a similar transition plan to AIS’. Ciotti also pointed to the Copenhagen International School’s principles for reopening schools as a guide he is reading up on. “I’m looking particularly at Germany to see how they are approaching blended learning and school operations,” El Alsson Executive Director Karim Rogers tells us.

All eyes are on China: One country that is being observed closely by all whom we’ve spoken with is China, which has reduced class sizes, shortened lessons and advised against public transport for students. Masks there are a mainstay and temperatures are being checked when the students enter a classroom. “I am particularly interested in that country’s process of onboarding students, classroom distribution and the focus on core education,” said El Kalla. “One of the things we’ve learned from China is that lunch and hallway times are the hardest of all to manage,” said Ciotti. But there are solutions, including possibly bringing lunch to a classroom to minimize time that kids are in hallways, he added.

The hybrid option is best for students, but probably not for schools as busineses: While every school we’ve spoken with is lobbying for the hybrid model, they also tell us that from a business and operational standpoint, the hybrid model is less convenient than full online education.

First and foremost, there is the problem of costs. “Schools will definitely be incurring extra costs when we reopen,” says Ciotti. Schools will have to consider everything from newer equipment to extra sanitation measures and more buses (to cut occupancy rates). “Our costs have gone up significantly by purchasing new materials, software and bandwidth, and extra hygiene measures,” said El Alsson’s Roger tells us. He poses the question of who will cover the extra costs that will be incurred as a result of these additional measures, considering that school fees during covid-19 have already become a major point of contention with parents. As we noted last month, parents are lobbying the government and the House of Representatives that 40% of that second installment (which amounts to 15% of the overall tuition for the academic year) be either refunded, or deferred to the 2020-21 academic year. There’s also always the concern at this time of year that the ministry will prohibit fee increases, he noted. Badawy Allam, who concurs with this viewpoint, is suggesting that the government chip in and help cover the costs of sanitizing buildings for the most vulnerable private sector schools.

Then there’s the problem of hygiene… The hybrid model also forces schools to consider what measures of control they have over hygiene practices of people off campus, says Roger. “We can’t stop staff from taking microbuses when they leave school premises.”

…and the burden on teaching staff: Everyone we’ve spoken with points to the added pressure teachers will feel if they have to teach both in class and at home. “While international schools will have an easier time implementing hybrid education than public schools, even for us it would be a real pain operationally as teachers would have to cover the same material multiple times,” said Roger. Ciotti and El Kalla agree, with the former stressing the emotional pressures teachers will have to suffer through as a result of the extra work.

Why then do operators prefer the hybrid model over waiting until the coast is clear? It’s essential from an academic standpoint, says El Kalla. “I get concerned about online learning for younger students. The majority of hands-on help they get from e-learning is from their parents, who are not trained educators. Below sixth grade, you need a professional,” he added. It is also psychologically important for students at that age to interact with their peers. You need to build social skills that can only come from human interactions, he notes. Ciotti concurs, saying that he would much rather see a hybrid system because it’s important to build relationships in the classroom among students and with teachers. Face-to-face interactions in the classroom is the most effective way to do this, he says.

Either way, schools will need clarity from the government no later than 1 August on which direction to take. “I must receive guidance on what path to take by June in order to determine how many students I should accept for the fall,” Ahmed El Khatib, who heads El Khatib Group schools, tells us. El Alsson is currently working on its 2020-21 budget, a process which usually begins 18 months in advance. “At the moment there are so many variables it makes this process very difficult,” Roger says. Assistant Education Minister Mahmoud Hassouna told Enterprise that the ministry is currently focused on Thaneweya Amma, and after that process is completed it will focus on what path schools will take in the fall. He did not tell us when an answer may come, but it’s unlikely to happen before June.

Schools must also contend with the House of Representatives and parents on this issue. The latter in particular has been the most vocal against bringing schooling back to the classroom with new infections reaching almost 500 a day. One member of a parent’s association who spoke with us on condition of anonymity tells us that if any form of back-to-school is implemented, they will pull their children and begin homeschooling them. For its part, the House plans to hold hearings on 17 May with the Education Ministry to decide on the path forward, Education Committee Chair Samy Hashem tells Enterprise. While he does see some form of hybrid learning as the best model moving forward, he told us that the House would not hesitate to push for a fully online model if rates of infection continue to rise.