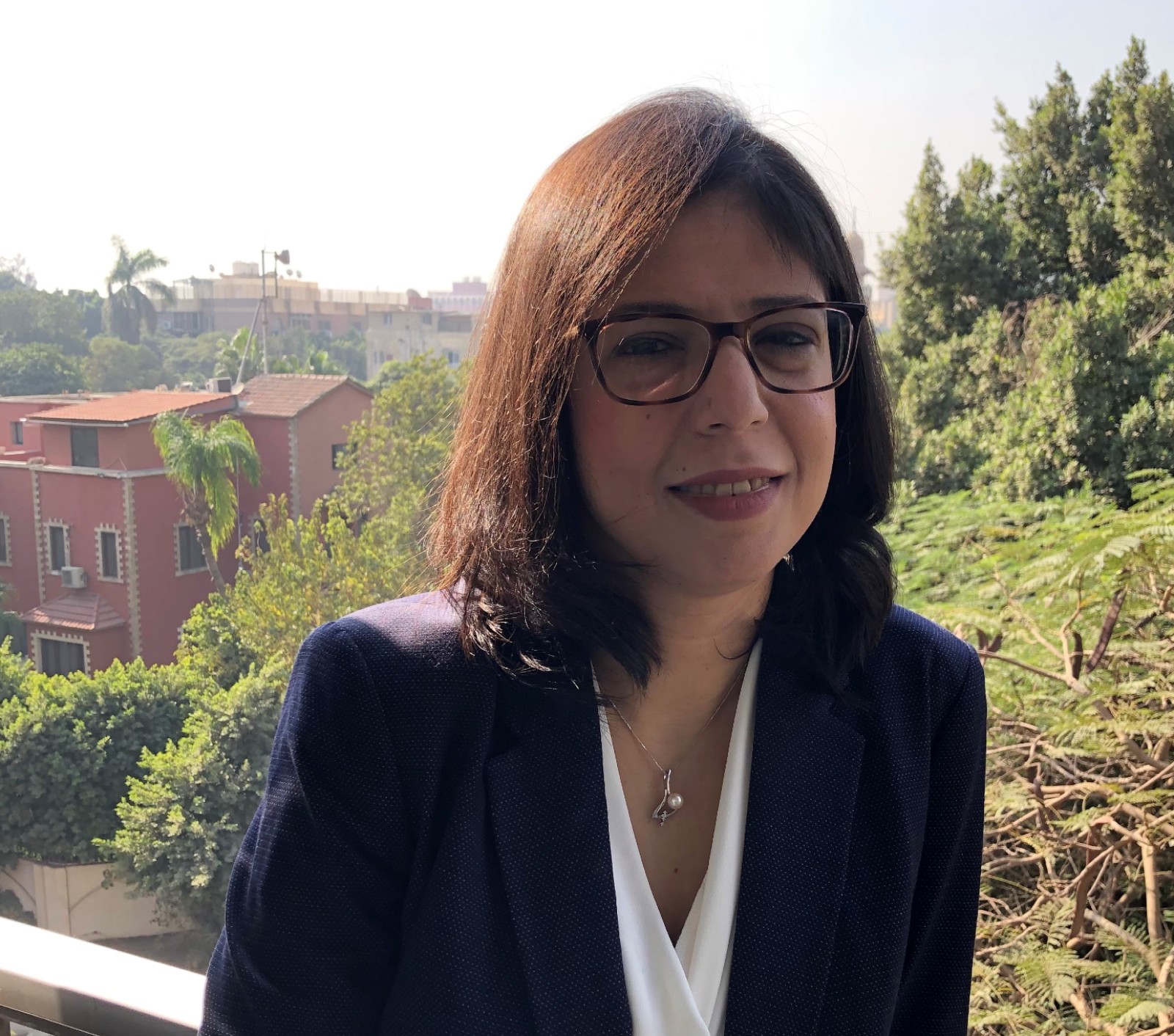 Embracing the private sector: An interview with Hoda Youssef, senior economist at the World Bank. Earlier this week, the World Bank and the International Finance Corporation published an in-depth report on the barriers facing private investment in Egypt which prevent local industries from becoming internationally competitive and integrating into global supply chains. Covering state involvement in the economy, trade barriers and the legal system, the paper identifies the key impediments to private sector development and offers a detailed policy prescription for how the future might look different. Tap / click here for full coverage.

To go deeper into some of the issues raised in the report, as well as gauge how the economy is responding to the pandemic, we talked to World Bank senior economist and team leader of the report Hoda Youssef. Youssef is a MENA-focused economist with 15 years’ experience researching macro trends, private sector development and political economy.

The economic recovery in Egypt — like the rest of the world — remains in the balance: The outlook is highly uncertain, and the impact of the pandemic will depend on the duration and severity of the crisis both domestically and abroad. As we speak, various restrictive measures have been reintroduced around the world as covid-19 continues to spread, and in Egypt daily new cases are on an increasing trend.

The pace of the recovery will hence vary considerably, with greater weakness in countries that have larger outbreaks or greater exposure to global spillovers, through tourism, exports, remittances or capital flows. For Egypt, our most recent projection for growth in FY2020-2021 is 2.3%. This could however be revised as things develop and more information becomes available.

Egypt has contained the fallout from the crisis, but attention now turns to Reform 2.0: In response to this crisis, Egypt undertook key measures to curb the spread of covid-19, and to mitigate its adverse implications on the economy. Many of these measures were taken preemptively. Social protection programs were also scaled up, to help mitigate the impact on the most vulnerable groups, including for informal workers and Takaful and Karama beneficiaries.

Going forward, the government needs to focus on continuing the reform agenda and embarking on a second generation of reforms to address the structural constraints on the economy, strengthen its resilience in the face of crises, and ensure a sustainable and inclusive growth model.

The national debt remains high but progress is being made on diversification. Egypt entered the crisis with a broadly stable macroeconomic environment, helped by its important reform measures. Yet, debt levels are still elevated despite falling from 108% of GDP to 87% over the previous three years. And government external debt in absolute terms is remarkably higher than before the reforms, jumping from USD 35 bn to USD 69.4 bn over the same period

A positive development is on the maturity structure, which Egypt has begun to extend to an average time-to-maturity of 3.3 years in FY2019-2020 compared to 1.9 years in FY2017-2018. Yet, the latest available official numbers show that domestic debt maturity structure remains unfavorable, with 67% being short-term debt. While we expect debt levels to exceed pre-crisis targets, Egypt continues, however, to diversify the sources of external financing — including the issuance of its first sovereign green bond — and widen the investor base.

Privatization can only do so much to level the playing field: The issue is not privatization but the need to ensure a level playing field in sectors and markets where both public and private operators compete. Lack of a clear separation between the State’s regulatory and operational bodies in certain sectors can create conflicts of interest as regulators might have incentives to protect public operators under their supervision, and this can create risks for the private sector. For instance, the Communications Ministry oversees both the National Telecom Regulatory Authority (NTRA) and Telecom Egypt — an SOE that is 80% owned by the government and holds a dominant position in the sector.

But it can lead to improved firm performance, healthier public finances, and positive macroeconomic effects — when done right. As it prepares to open up military-owned firms to investors, the State will need to focus on how the privatization is done. Specifically, there will be a need to create an encouraging environment by undertaking other reforms to strengthen competition and ensure a level-playing field, and prepare the enterprises for privatization by making the necessary disclosure on their performance.

It will also be very important for the sale to be conducted with openness and through a transparent process. Stronger protection for minority shareholders will also be essential, given the possibility that some privatizations could involve retention of a government stake and / or participation of large private investors.

Strengthening antitrust legislation is key: The ability to control anticompetitive effects of mergers is an important feature for competition regimes and most competition laws around the world include such powers. Merger control allows competition authorities to act ex ante rather than ex post. In other words, instead of prosecuting anticompetitive practices once they have taken place and harmed consumers, they can limit the risks beforehand.

Nevertheless, we cannot forget that market consolidation is part of the day to day business of the private sector, especially in the context of covid-19. Thus, merger control policy should allow for beneficial dynamic changes in market structure without unjustifiably increasing the cost of doing business.

FDI needs a pick-me-up: It will be important for Egypt to prioritize steps to attract FDI and facilitate trade. This is important as FDI inflows (while declining globally), have been low and declining in Egypt, even prior to the crisis and have remained concentrated in the extractives sectors, while the share of FDI in more labor-intensive sectors, such as services, manufacturing, and construction, remained modest.

There are ways to ease the pain that comes with lowering tariffs: A protectionist trade policy regime hampers the competitiveness of exporters and firms that compete domestically against international rivals. In Egypt, this has slowed down productivity growth and undermined firms’ incentives to upgrade their innovation and managerial capabilities to compete domestically and internationally. The key point here is that import-related tariff and non-tariff measures also have a negative effect on exporting firms, given their negative effect on access to intermediate inputs and incentives to export.

While there are some adjustment costs to lower tariffs —  lost tariff revenue and more competitive pressure on inefficient firms — these are better dealt with through the government’s other reforms: an overall medium-term revenue strategy to create space to reduce reliance on protectionist tariffs, broader social protection, and reform of state-owned enterprises (SOEs) in commercial sectors.

Streamlining the border: The Egyptian government recognizes the importance of enhancing exports competitiveness and addressing some of the longstanding bottlenecks that prevent the country from achieving its huge potential. For example, Egypt has recently introduced the national single window —  Nafeza —  which allows firms to process import, export, and transit-related regulatory requirements only once at a single-entry point.

The next steps on the reform agenda should aim to automate customs, introduce a risk-based inspection system and establish modern inspection facilities, as well as improve the staff and technical capacities of the Customs Authority. Also, engaging the private sector in developing regulations for the Customs Law with concrete engagement with the private sector is important particularly in this area of trade and logistics.

Levelling up the digital economy starts in the classroom: Egypt is well positioned to become a regional digital leader, providing the necessary sectoral reforms are conducted to develop a conducive business environment to attract private investment and foster digital entrepreneurship and innovation. A good example of this is the new Data Protection Law, which may help to increase consumer confidence.

There are also ways to leapfrog through digitalization in key sectors such as manufacturing, agribusiness, education, healthcare, and government services, but for Egypt to fully harness the potential of the digital economy, significant efforts are needed to rapidly scale up availability of digital skills. The time is now ripe to rethink the future of work in Egypt.

Intelligent deregulation can nudge businesses to go legit: The most important part is to adopt the main agenda for supporting micro and small enterprises growth and jobs. In a number of informality surveys conducted by the World Bank in different countries, informal firms tend to highlight costly and complicated regulations as significant barriers to formalization. And by this, we don’t only mean the process of registration, but all transactions that require firms to interact with the government.

That said, the formalization agenda needs to appreciate the diversity within the informal sector as there could be multiple reasons behind informality beyond regulations. With slow growth in formal firms’ growth, many businesses could be informal for survival/ subsistence needs in the absence of job opportunities. Others may not be capable of operating in the formal sector because of either supply-side constraints (for example a lack of skills or working capital), or demand-side constraints (such as a lack of demand for goods and services or a lack of access to markets), or a combination of both.